The back-to-school season is usually a time of new beginnings, but consumers are more eager than usual for a fresh start after the pandemic. That emotion will fuel spending, according to a new forecast.

Back-to-school sales in the U.S. are expected to grow 6.7% from 2019 and 5.5% from last year's Covid days, according to a forecast by Mastercard SpendingPulse. The company uses nonautomotive spending patterns online and in stores to make retail projections for the period that spans from mid-July to early September.

The sales season is typically a major driver for retailers as families buy school supplies, clothes and college dorm decor. This year, however, it will also serve as a barometer for consumer confidence as Covid cases wane in the U.S. and many people return to routines like full days in a classroom, meetings at the office and a busier roster of activities.

"There is added significance largely because we are in a very rapidly changing consumer environment and reopening economy," said Steve Sadove, senior advisor for Mastercard and former Saks CEO.

For retailers, the 2021 back-to-school season comes at a critical moment. Some, such as Amazon, Walmart and Target, face challenging year-over-year comparisons because of unusually high sales of groceries and other essentials for time spent at home during the pandemic. Other hard-hit retailers, such as Macy's and Kohl's, are trying to make up for lost time as merchandise like shoes, dresses and denim catch shoppers' attention again. 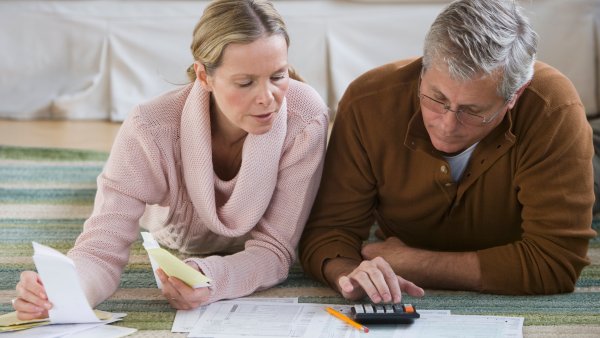 ‘You Definitely Don't Want to Be Guessing This Year.' Here's How to Access IRS Transcripts That Can Help Avoid Delays 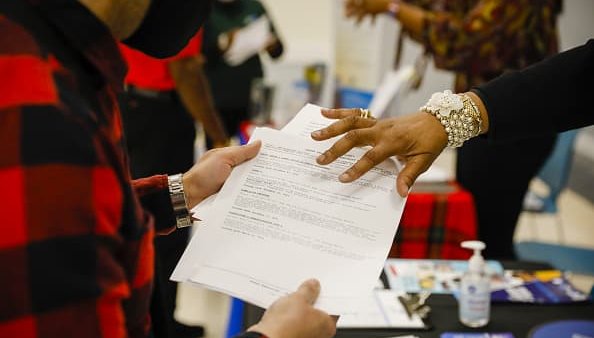 Here Are 3 Things to Know About Unemployment Claims

Apparel in particular will likely have a steep year-over-year jump as consumers fill up their closets. Apparel sales are expected to rise about 78% compared with the back-to-school season in 2020 and 11% from the 2019 season, according to Mastercard's forecast.

Sadove said people want to look fresh and fashionable as they get ready to reunite with co-workers or classmates, attend weddings and go out more. "There's a pent-up demand for newness, for change," he said.

One of the beneficiaries of that will be department stores with a 25% year-over-year increase, according to Mastercard, as consumers return to malls and browse in stores again.

For many consumers, online shopping will remain a habit. E-commerce sales are expected to decline by nearly 7% year over year but will be 53% higher than the back-to-school season in 2019.

Retailers have yet to roll out splashy TV ads and circulars of kids wearing new outfits and shiny backpacks. Yet Amazon, Walmart and Target's summer sales could jumpstart back-to-school shopping early. Amazon Prime Day is June 21 and 22. Walmart and Target have already announced competing sales events that will overlap this period.

Retail sales have bounced back, despite the pandemic-induced recession. They surged by 10.7% in March, according to the Commerce Department, but were flat in April. Strong sales in the first quarter inspired companies including Walmart, Macy's, Levi's and Gap to raise forecasts for the quarters ahead.

Target's chief growth officer, Christina Hennington, said on the first-quarter earnings call in mid-May that the retailer is "planning for one of our biggest back-to-school and college seasons ever." She said consumers appear optimistic and eager to celebrate holidays and life events.

Casey Hanson, a stay-at-home mother of two girls from Placerville, California, said she looks forward to more normalcy in the school year ahead.

Last fall, her 6-year-old daughter, Matilda, started kindergarten at home. Hanson bought new clothes for Matilda and her 3-year-old sister, Margaret, who is in preschool. Yet the school supply list had different items than usual as they got an easel chalkboard, dry erase markers and an iPad to turn home into a classroom.

Hanson said many parents took it hard as the pandemic stole away milestones, like the first day of school and opportunities to volunteer in the classroom.

"It did feel like missing out a bit — like a moment you'll never be able to get back," she said.

She said those emotions may influence families' back-to-school shopping as some parents "feel like they definitely have to go big."

When Matilda returned to in-person school in January, she used her old glow-in-the-dark backpack and mermaid-themed lunchbox. This fall, Hanson said she will take her soon-to-be first grader to the store to pick out a brand new backpack, lunchbox and water bottle — most likely ones that are unicorn or rainbow-themed.

"We missed out last year, but that's OK," she said. "We're looking ahead."