A copyright lawsuit brought by Craig Wright — the man who has claimed to be Satoshi Nakamoto, the pseudonym used by the creator of bitcoin — could finally put to bed the years-long mystery over who actually invented the multibillion-dollar cryptocurrency.

That's because the success of the lawsuit would likely depend on Wright proving that he did, in fact, author the white paper that originally laid out the technology behind bitcoin. And the case could force the U.K. court to weigh in on whether or not Wright is the actual inventor of bitcoin, according to Reuters.

And in fact, Wright says he has evidence that can prove he is the author of the white paper. 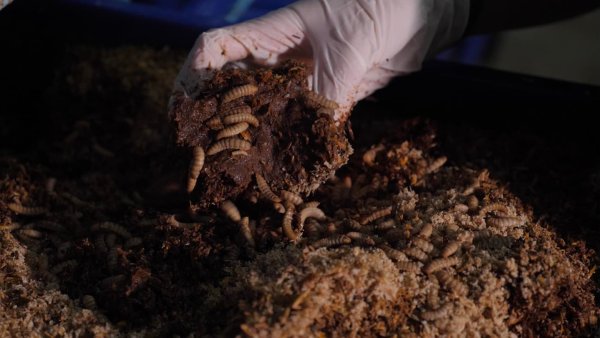 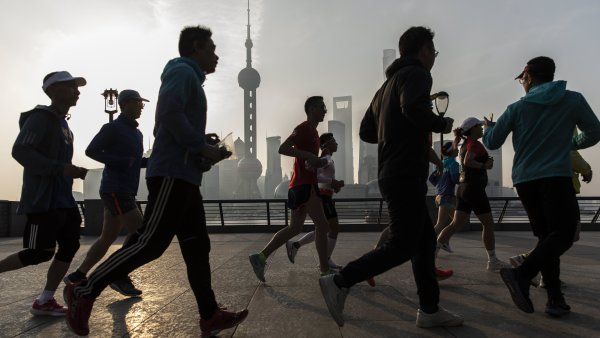 The lawsuit, and how Wright could prove he invented bitcoin

London's High Court ruled on Thursday that Wright, the Australian computer scientist who first said in 2016 that he created bitcoin eight years earlier, could serve his copyright lawsuit against the anonymous operator and publisher of the website bitcoin.org, according to Reuters.

Wright's lawsuit accuses bitcoin.org of copyright infringement for displaying a copy of the infamous bitcoin white paper, which he claims he wrote in 2008 outlining what bitcoin is and how it works. He's asking the court to force bitcoin.org to remove the white paper from the website.

Bitcoin.org has refused to remove the white paper from the website, and posted a statement in January saying Wright's "claims are without merit."

Wright's goal is to provide evidence that he is the author of the 2008 white paper and, thus, that he is Satoshi Nakamoto, the pseudonym used by the mysterious creator of bitcoin, his lawyer told Reuters.

"In bringing this copyright claim our client, Dr. Wright, will be serving evidence in support of his assertion that he authored the bitcoin white paper, that he released in 2008," Simon Cohen, a lawyer with British law firm Ontier who is representing Wright, said in a statement provided to CNBC Make It. "The case will turn on whether the court is satisfied that Dr. Wright did indeed author — and owns the copyright in — the white paper and, therefore, that he is Satoshi Nakamoto."

Wright has not yet revealed exactly what evidence he plans to put forward to support his claims in court. But there is a convincing way to prove whether Wright is Nakamoto, says William and Mary Law School professor Eric Chason, who researches cryptocurrencies.

"The strongest evidence that Mr. Wright could put on would be if he could show control over some of the early bitcoin mined by Satoshi Nakamoto," Chason says.

Yes, experts believe that the inventor (or inventors) of bitcoin mined a portfolio of more than 1 million bitcoin — a stash that today would be worth just shy of $50 billion.

Wright would also likely need to rely on a cryptographic expert to verify the authenticity of his evidence in order to win the approval of a court, says Chason.

And Wright may have other avenues to explore to support his copyright claim, according to Chason.

For instance, he could show the ability to access Nakamoto's accounts on the online forums where the bitcoin creator interacted with developers and the cryptocurrency community in the early days of bitcoin.

Or, if he has computer files showing research or writing on bitcoin as a concept that pre-date the 2008 white paper, or even dated correspondence (such as an email to a colleague showing an early draft of the paper or bitcoin research), that could be enough to sway the court.

"It would be a great courtroom drama, though, if he could just go to court and press a button" transferring control of some of the bitcoin known to have been mined by Nakamoto, Chason says. "That would be convincing, and a pretty cool story."

How the mystery came to be

In 2008, the nine-page white paper outlining the idea for bitcoin was published to a mailing list for cryptography enthusiasts by an author calling themself Satoshi Nakamoto. The white paper described bitcoin as "a purely peer-to-peer version of electronic cash [that] would allow online payments to be sent directly from one party to another without going through a financial institution."

Nakamoto then officially launched the first version of bitcoin software in early 2009, collaborating with software developers and coders online over the next couple of years to improve the software. In 2010, the value of a single bitcoin was roughly 8 cents, and by the end of the year the total value of the cryptocurrency topped $1 million.

However, no one ever knew the true identity of Nakamoto, as experts believe the pseudonym could have represented either one person, or even a group of people.

The mystery around Nakamoto only deepened in 2011, when the pseudonymous creator stopped working on bitcoin altogether and essentially disappeared, handing control of the open-source code that enables the use of bitcoin to software engineer Gavin Andresen, who was among the developers who helped to refine bitcoin's software in its early days.

Meanwhile, whoever Nakamoto is may have walked away with about 5% of the cryptocurrency's total value that had been mined since 2009.

Who people think Satoshi Nakamoto is

Over the past decade, as bitcoin has grown to reach a total market value of roughly $1 trillion, speculation has swirled over the true identity of its creator.

In 2017, Tesla CEO Elon Musk publicly denied that he was Nakamoto after blog posts suggested he might be behind bitcoin.

Three years earlier, a California man named Dorian Nakamoto (whose birth name was Satoshi) had been reported to be the bitcoin creator, but he later denied those claims and said he'd never even heard of bitcoin.

Other potential candidates have included computer engineer Nick Szabo, who invented a bitcoin predecessor called Bit Gold in the late 1990s. However, Szabo himself has regularly denied being Nakamoto.

While Nakamoto's online posts originally identified himself as a man in his 30s living in Japan, some people have pointed to Nakamoto's early posts in online forums, which used British spellings and phrases like "colour" and "bloody hard," as proof that the bitcoin creator could be originally from England or a British Commonwealth.

Wright stepped forward in 2016 to say that he is Nakamoto, and the inventor of bitcoin. In a blog post at the time, the Australian computer engineer and entrepreneur thanked the online community of bitcoin developers and miners for promoting the cryptocurrency's massive growth since its launch.

"This incredible community's passion and intellect and perseverance has taken my small contribution and nurtured it, enhanced it, breathed life into it. You have given the world a great gift. Thank you," Wright wrote.

Wright's claims garnered support from some members of the bitcoin community, including Jon Matonis, co-founder of the nonprofit Bitcoin Foundation. However, Andresen, who took control of bitcoin's code from Nakamoto but never met the creator(s), initially supported Wright's claims but later admitted he had his doubts about whether or not Wright is Nakamoto, adding that it was at least possible Wright had fooled him by manufacturing fake proof meant to prove he was Nakamoto.

Other skeptics have called Wright's claims a "scam," with security researchers claiming that Wright had put forth fraudulent cryptographic proof to back his assertion that he is Nakamoto. Wright had digitally signed a message using cryptographic keys (a string of data, like letters or numbers) associated with Nakamoto's bitcoin. But many researchers believe that Wright simply copied an existing cryptographic signature of Nakamoto's and tried to pass it off as new and unique.

In a 2020 interview, Wright hit back at his doubters, saying he felt they would remain skeptical of him even if he did show he had control over Nakamoto's bitcoin. "People would be running around saying I stole coins .. or some other bullshit," he told the tech website Modern Consensus.

In its statement responding to Wright's copyright lawsuit, the operators of bitcoin.org also wrote: "Satoshi Nakamoto has a known PGP public key [a type of cryptography key], therefore it is cryptographically possible for someone to verify themselves to be Satoshi Nakamoto. Unfortunately, Craig has been unable to do this."

Wright has not publicly responded to bitcoin.org's statement.

Wright is actually engaged in another ongoing lawsuit in the U.S., where the brother of deceased computer programmer Dave Kleiman claims that Wright stole more than 1.1 million bitcoin that Wright and Kleiman had mined through a firm they created together in 2011, called W&K Info Defense Research LLC. Filed in 2018, that lawsuit is expected to go to trial later this year. (Wright's attorneys responded in a court filing after the lawsuit was filed, denying Kleiman's allegations and calling the lawsuit an "attempted shakedown.")

As for the bitcoin copyright suit, if Wright can prove he is Nakamoto, then that would prove he is the author of the white paper and he could exercise his copyright, Chason says.