San Diego's Park Master Plan Could Get First Update Since 1956

The last time the city's Parks Master Plan was updated was when Dwight D. Eisenhower was U.S. president

San Diego City’s Parks Master Plan could get its first update in 65 years to focus on equitable access to quality parks in all local neighborhoods, it was announced Wednesday.

City leaders gathered at Wightman Street Neighborhood Park in City Heights to introduce the “Parks for All” initiative, which would primarily invest in parks located in underserved areas. The move would modernize the City’s Parks Master Plan, which has not been updated since 1956.

To put it in perspective, Dwight D. Eisenhower was president of the U.S. in 1956 and Elvis Pressley still topped the music charts that year.

“I think it’s sufficed to say things have changed a bit,” Mayor Todd Gloria said. “For some local context, San Diego’s population was less than half a million people -- a third of what it is today.”

Spotlight: How These 5 San Diego County Small Businesses Each Offer Personal Touch and How They Came to Be 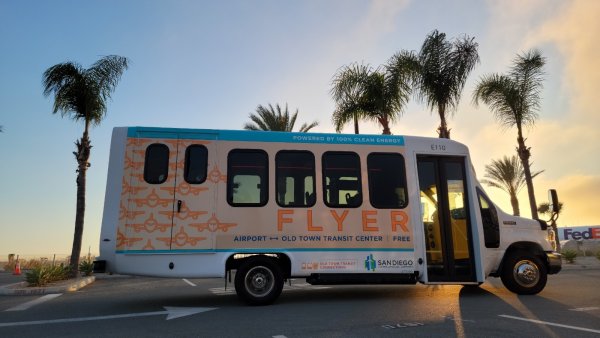 If approved, the master plan would go from its current 34 pages to updated guidelines in 246 pages, Gloria said. Its main focus includes committing at least 80% of citywide park development fees to park-deficient communities, with at least 50% of those dollars going to historically underserved areas for at least five years.

“Every person in every neighborhood should have access to quality parks,” Councilmember Sean Elo-Rivera said. “Sadly, decisions in the past have resulted in unacceptable disparities and who and what neighborhoods can enjoy the benefits of San Diego’s parks.”

To remedy the disparities, a new regional park policy would be put in place to identify and designate regional parks in under-invested neighborhoods. Elo-Rivera said the proposal would designate Chollas Creek Park as a regional park, which would allow for staff and more resources to invest into the park.

The new master plan would also put an emphasis on parkland acquisition, with a city goal of acquiring 100 acres of new parkland in San Diego.

City Council President Pro Tem Stephen Whitburn called the creation of the updated master plan a “lengthy process with a lot of public engagement.” He added that the “input from the community has made this plan better.”

“Something that has gone 65 years without being reexamined is about to be modernized, expanded and put simply, finally done right,” Councilmember Raul Campillo said.

The proposed new parks master plan will be reviewed by the San Diego Parks and Recreation Department’s Board and Community Planners Committee. It will also go under a public review process before it is introduced to the city council, which is expected to happen sometime this summer.