Overtime Elite is a new pro basketball league aimed at elite high school players looking to forgo college hoops and instead cash in on their talents right away. But what does it mean for the NCAA?

What if someone told you that at 16 years old you could make six figures playing basketball?

Here’s how it will work: OTE will feature 30 top-notch high school boys hoops stars who are rising juniors and seniors. Instead of spending their weekends playing in AAU tournaments or waiting to take their talents to an elite college program like Duke or Kentucky, these players will instead cash in on their skills right away, earning a starting salary of $100,000 while still finishing high school.

“What we're focused on is elevating basketball development, accelerating their academic experience while they're pursuing a path to [pro basketball] – whether it's international clubs or certainly the NBA,” said Aaron Ryan, OTE’s commissioner. “It also was a league that's built on empowering athletes from an economic perspective.” 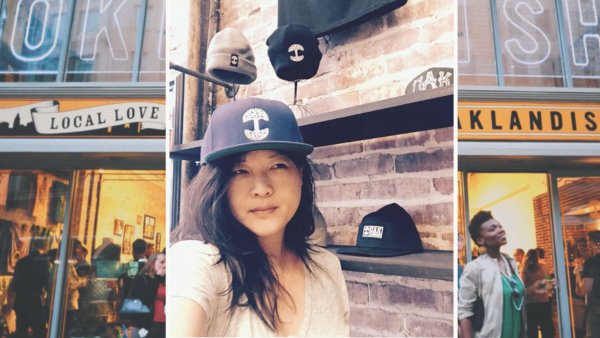 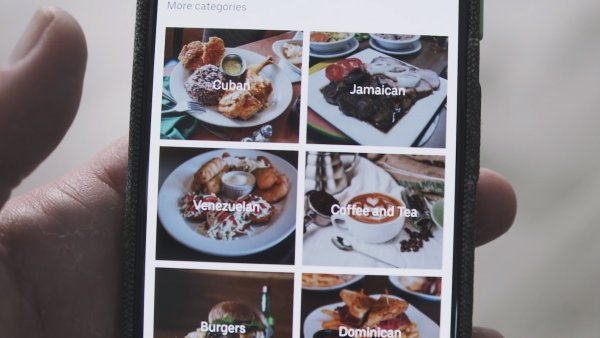 What Are Ghost Kitchens, and Why Are They So Scary for Some Restaurants?

Ryan said OTE will be based on location at a single campus, which they’re still in the process of determining. In terms of competition, the season will feature a mix of play both on and off campus.

“We'll have interleague play, which is playing amongst the talent within our campus, as well as external play -- both domestic competition with different prep schools and different opponents within the United States,” Ryan said, “but also engaging on national teams and international clubs to round out that season.”

When the news about this new pro league dropped, the chatter went both ways. Everyone from fans on Twitter to AAU coaches weighed in.

“I was happy to have another option for these young men, but…you throw caution to the wind because when something like this happens, there’s a first group, there’s a second group that have to kind of go through the growing pains,” said Emanuel Richardson, a former college coach and the current NY Gauchos AAU boys program director.

“That’s a lot of money for a teenager, so that just goes to show how talented kids are these days,” said Damani Barley, a player on the New York Jayhawks 16U AAU squad. “I don’t think it’s a bad thing for kids to get paid for their talent.”

As an AAU player, Barley is a potential member of this talent pool, and when OTE was announced, he and players at all levels of the game were a bit curious. For those who cover the game, like Stadium’s college basketball senior insider Jeff Goodman, it was also a flashpoint of conversation.

“I talked to a couple of [players], and certainly they're intrigued by it. Right? I mean, again, that opportunity to make money at an early age, and that type of money – $100,000 is a ton of money to a high school kid,” Goodman said.

“I think first and foremost, young people have been getting paid for their skills and their ability to exceed at things in a lot of other segments of art…[and] other sports – whether it's tennis, or golf. International soccer has been creating the ability to be pro at a much younger age for decades,” Ryan said. “So we think it's perfectly reasonable for them to participate in what many other people are able to when they're incredibly skilled at something and that's why we feel good about [OTE] acknowledging and empowering them to realize their value.”

Here’s the thing though: if you’re a hardcore basketball fan, you probably already know this but the concept of a pro league like this isn’t actually new.

The NBA G League has its own version, G League Ignite. And who could forget the infamous Junior Basketball Association? The JBA was a pro league started by Lavar Ball and folded after just one season.

OTE wants to avoid that same fate, and Ryan said this league already has a few key things in place to prevent that from happening – including a built-in audience from the sports media platform, Overtime.

As well, OTE is also focused on building these athletes as students. Dan Porter, one of Overtime’s co-founders was a former president of Teach for America, and Maisha Riddlesprigger, the 2019 Washington D.C. principal of the Year, is in charge of designing OTE’s academic curriculum.

“[We] will make sure that the young men have their high school diploma, but beyond their diploma, we're talking about getting them credits towards a [college] degree should they want to pursue it or if their ability to obtain that is available,” Ryan said. “Life skills are critical; financial literacy, public speaking, social media etiquette and brand design are all a part of our offering that isn't available in most of these programs.”

When it comes to OTE’s clout among the pro basketball circle, some of the game’s biggest names are on board literally. Folks like ESPN’s Jay Williams and NBA veteran Carmelo Anthony are on OTE’s board of directors while former UConn men’s coach Kevin Ollie is the head coach and director of player development.

“I think it’s generally good for the community to have optionality, especially when very solid people, which appears to be the case in [OTE], are backing it and behind it,” Silver said during his 2021 NBA All-Star Weekend Press Conference. “That’s one thing we will pay a lot of attention to because those players are potentially the future of our league.”

With so many votes of approval, that also brings up this question: Why are so many of these NBA pros so in favor of a league like OTE?

“That's easy. I mean, they want these kids to have options. They understand –a Kevin Durant, a Carmelo Anthony – how much money that they should have brought to college basketball,” Goodman said. “And now they're saying to themselves, 'Hey, you know what? I'm all for kids making money off of themselves and not restricting them.'”

Which begs another bigger question: what does a league like OTE mean when it comes to the larger conversation about players’ compensation in the NCAA?

“They're not moving until they have to move and even when they move on NIL (name, image, likeness), they want to put up these guardrails,” Goodman said.

With the 270,000 plus followers he has on Instagram, Athlytic, an athlete influencer startup, estimates Holmgren’s earning potential at more than $1000 per post – and that’s before he’s even stepped foot on campus at Gonzaga, this year’s NCAA tournament runner-up and the school he chose.

“These young men, as I'm sure you're aware, are captivating audiences around the globe,” Ryan said, “and so they really do bring value to the game and engage with a fan base that really warrants their ability to participate in the economics of this great industry.”

Meanwhile, the NCAA is a multi-million dollar business – but as it currently stands, as a student-athlete, Holmgren won’t make a dime.

That, though, is starting to change.

This July, Florida will become the first state allowing players to make money from their name, image and likeness. California and Colorado will be doing the same in 2023, and there are more than a dozen other states with bills in progress.

“Listen, I was a college athlete. I know that being a student athlete was rewarding, not only to me but to my friends and colleagues. It enriched my life, and it's something that if a young person has the ability to experience, they absolutely should,” Ryan said. “What we're recognizing is that path is not for everybody. Certainly the elite of the elite have shown that they're finding other alternatives.”

We’ve seen some talented players of late take a less traditional path. Top recruits like Jalen Green and Jonathan Kuminga bypassed college to play for the NBA’s G League Ignite, while LaMelo Ball turned pro after his high school sophomore season. Ball played in the now-defunct JBA and overseas before being drafted third overall in the 2020 NBA Draft.

“I want [OTE] to be successful because again it gives these young people an opportunity,” Richardson said, “but I also want to just make sure that you aren’t just jumping at this ‘opportunity’ and didn’t have all of the information that was predicated on you making a good decision.”

Making this decision to turn pro, of course, should not be taken lightly, and for many of these young players, the responsibility is a career move that in most cases can’t be undone. If a player participates in OTE but changes his mind, as it currently stands, he is ineligible to then go play college basketball.

“I would say that that's unfortunate, and that has less to do with our constraints and more to do with the current rules surrounding amateurism,” Ryan said. “We would love for an athlete to be able to pursue this path, and that's why it's so important that we select the right athletes –  athletes that we really believe are in a position to relinquish their eligibility in high school, but also in college, because we need to make sure that they understand that this is a serious commitment.”

The end goal, ultimately, for all of these players, regardless of their path is the same: making it to the NBA one day.

So when Overtime Elite launches in September, there will be pressure to see whether or not this shot is finally the one that goes in – and can last.

“That's going to be the key for them: can they get enough guys in year one?’ Really, that's the thing. You've got to get momentum, you've got to get guys right away or else it's not going to work,” Goodman said. “You've got to be able to have kind of a test case…to be able to sell to all the other kids coming up that 'Hey, this worked. Look at this kid. We got him in [the NBA].’”

“We want to be a catalyst for change,” Ryan said, “and we think we have the best platform and a unique platform, especially as it relates to really being able to tell the story to the fans that have grown to know these athletes and appreciate them.”