Edge of the Abyss: Why Climate Migration May Lead to the Next Great Housing Crisis

Climate migration and gentrification will accelerate as the United States faces an accelerating sea level rise, more intense heatwaves, wildfires, and even mega hurricanes, all worsened by a warming planet.

Living on the edge of an abyss. That's how one climate migration expert describes our current plight as nearly 15 million Americans could seek new homes in our lifetime as they try to escape the worst of effects of climate change. If that projection proves accurate it would reshape our country in more significant ways than the exodus of Black Americans from the South following the Civil War or the devastating Dust Bowl of the 1930s.

“Climate migration is ongoing now. This isn’t just a future theory,” explains Tulane University professor Jesse Keenan, one of the world’s leading experts on the topic. “We’re already seeing this in Arizona. There’s a lot of people leaving Southern Arizona and crowding housing markets in Northern Arizona, where it’s much cooler in the mountains. People can’t stand the extreme heat.”

Shifts in population like what’s beginning to unfold in Arizona — or in Louisiana and Florida — will eventually create what Keenan refers to as “climate gentrification.” Those forces drive up home prices, rents for apartments, and can price out residents who’ve lived in an area for years, forcing some onto the streets. 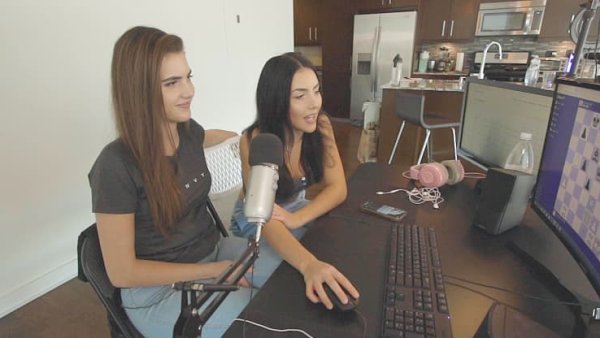 women in gaming 10 hours ago

Not Your Girlfriend! How Female Streamers are Dealing With Sexual Harassment in Gaming

Climate migration and subsequent gentrification will accelerate as the United States faces an accelerating sea-level rise, more intense heatwaves, wildfires, and even mega hurricanes, all worsened by a warming planet. Those trends and events will leave more and more of America uninhabitable.

“These places already exist, particularly many places in coastal America,” Keenan continues. “We will not be able to live in these places. We have built to the edge of abyss in many places in this country.”

The exodus could be particularly extreme from regions like South Florida and coastal Louisiana. A number of recent studies and research-based predictions hold striking similarities. If they prove accurate, cities like Atlanta, Dallas, Detroit, Chicago, and Seattle could quickly become cities of climate refuge. Miami, Boston, and New York could also lose significant population in the coming decades, mostly due to sea-level rise.

Even for those who don’t move, climate is already making housing more expensive. Since 2016, disasters and climate stresses have inflicted nearly $700 billion dollars of damage on the U.S. That’s driving up the cost of insurance for renters and homeowners and shifting more of the burden onto taxpayers.

“This is a big problem,” says Jason Thistlethwaite, a professor at the University of Waterloo. “Ultimately, what we’re looking at from the perspective of consumers is that insurance is likely to become a product for the rich.”

In a near-future world where insurance becomes unattainable for more and more people, we could just rely on the government to bail us out in the wake of disasters, right? Samantha Medlock, an insurance veteran and former environmental adviser to President Obama says no, we cannot. “Individuals and communities that are relying entirely on public disaster aid are going to suffer the greatest in the wake of a disaster,” Medlock explains. “And is that really the best use of federal taxpayer investment? Wouldn’t it make more sense on getting out ahead of the disaster?”

That’s the sort of question that more Americans and our political leaders should be asking, experts agree. Should governments allow rebuilding after disasters in high-risk areas? Should we proactively start moving away from certain regions?

Or do we even have a choice? Because climate-fueled disasters appear to be worsening, says James Done, a researcher at the National Center for Atmospheric Research. “A new horizon of climate science is to understand connected, high-impact weather events, so events that can come in groups that we’ve never seen before. So, like two hurricanes hitting the same location in two consecutive weeks that may trigger a flood, that may trigger floods over burn scars, and this kind of thing.”

With an increasingly uncertain future ahead, we face some important questions before our climate crisis worsens any further. “In our lifetimes, there will be great despair and great loss of life and great loss of wealth that will come with climate change,” Keenan predicts.

“The real question is, those of lesser means, in a society of growing inequality, how can they adapt? How can they even afford to move somewhere else to start a new life?” Keenan said. “That’s the challenge ahead. We have to make decisions about what we want to protect and what we want to let go.”