For our 64th free SoundDiego LIVE party, we bring you Kolars and a ton more at the Casbah tonight!

Hey, San Diego -- who's ready to (as the Clash so infamously put it) "rock the Casbah?"

Our free SoundDiego LIVE party series makes its annual return to the beloved venue on Kettner Boulevard (which is in the midst of its 30th anniversary celebrations) this evening, with three killer musical acts, our famous Mason Ale Works craft-beer happy hour, and the inimitable Tim Pyles -- 91x's "Mayor of Local Music" himself -- as host!

For our 64th party (yeah, we've been busy), there's no place in town we'd rather be -- especially since the legendary club (where so many iconic bands have cut their teeth) is the perfect spot for a bruisin' rock & roll ruckus. 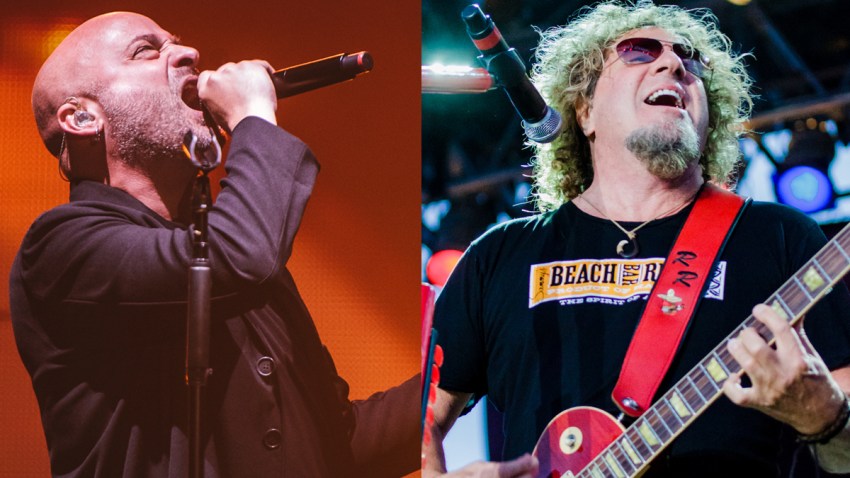 Ladies and gentlemen, may we present to you the night's headliners -- drum roll, please -- Kolars! We've been following the husband-wife rock duo for years, having originally caught them at Tour de Fat in 2016, Blonde Bar in 2017, and even in Austin, Texas, earlier this year for a South By Southwest performance at the Key Bar! Pyles, of course, is also pretty enthusiastic about 'em.

"Kolars is a two-piece band with a simple description -- a melting pot of 'desert disco, space blues and glamabilly,' " said Pyles. "Get it? Based in LA, the band features former members of He's My Brother, She's My Sister, and I'd say they have something for everybody."

In addition to that headlining action, we've tapped LA-by-way-of-San-Francisco indie-pop/rock star Alex Lilly -- who's been enjoying more than her fair share of buzz. Pyles positively gushed when we asked him about her:

"If you saw 'The Rockstar,' you have seen Alex Lilly -- she's been in other films, but has also performed in touring bands for Beck, Lorde and Ry Cooder, not to mention her own projects Living Sisters, Obie Best and Zero DeZire. She truly is a raconteur! In the new year, she's set to release her second solo album, '2% Milk,' and its vibe is AM radio pop mixed with '80s-vibed synths. I can't wait to see her live."

If those two bands weren't enough, we've also booked another one of our favorite locals: Sea Base. These alt-rockers have had our ears for a while, and while we're stoked on their tunes -- they're also a feast for the eyes as well. Mark Sgarbossa, who plays in the band, has spent years designing some of the most memorable show posters ever made -- and is even putting one together (naturally) for this show, too! Score!

Our craft-beer happy hour starts at 8 p.m., so be sure to show up early for some Mason Ale Works brews! Remember: You've got to RSVP to partake in the sudsy freebies, so get on it!

THE GUEST LIST IS NOW CLOSED FOR THE VIP HAPPY HOUR, BUT THE PARTY IS FREE AND OPEN TO THE PUBLIC. ENTRY IS SUBJECT TO CAPACITY. SEE YOU THERE!