First off, I am at the Merrow every Tuesday hosting the night with local and touring bands so stop by and say hello. I can also be found at the Casbah frequently helping to fill in the blanks after club owner Tim Mays has booked most of it. So there you go and now you know. Shows are in abundance with a veritable cornucopia of selections to choose from on a nightly basis. What is a music lover supposed to do? I've highlighted some things and it's up to you on how you want to spend your hard-earned cash. That being said, I will see you at a show!

June 1: King Gizzard & the Lizard Wizard at the Observatory North Park. Must be seen live and in person; psych-rock freak show from Melbourne, Australia. 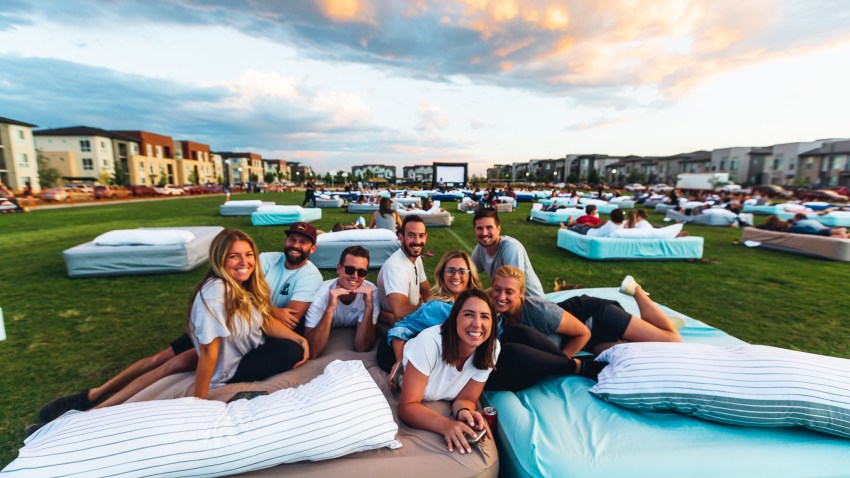 June 3: Calexico at the Belly Up. Music for the desert and long, straight roads.

June 4: The Lexicons, Nothing Special and Krook Tone Classics at the Casbah. Ska, ska, and more ska presented by 91x Loudspeaker.

June 5: Iceage at the Casbah. Epic post-punk from Copenahgen. That's in Denmark.

June 7: A Place to Bury Strangers, Sextile and Keepers at Casbah. NYC trio that deploys a wall of sound into everything from shoegaze to post-punk.

June 8: Maps and Atlases and Prism Tats at Casbah. Let's get weird! Great double bill that creates something for your mind from folk to experimental.

June 11: Ezla, Bodie and Moon at the Casbah. A night of local pop music presented by 91x Loudspeaker.

June 15: Brownout at the Casbah. New album is "Fear of A Brown Planet" -- a take on Public Enemy's "Fear Of A Black Planet."

June 16: A Ship in the Woods Musica and Arts Festival featuring Built to Spill, Shabazz Palaces, No Age and more. A fusion of art and music at this two-day festival, more info at shipfest.org (read the SoundDiego preview here)

June 18: This Will Destroy You at the Belly Up. Instrumental music that defies genres and is sure to expand your mind.

June 19: The Get Up Kids at the Casbah. Emo lives!

June 22: Van's Warped Tour at the SDCCU Stadium parking lot on their final cross-country tour. Or see a band that has its roots of creation in San Diego, but is from Scotland: Belle and Sebastian is at the Observatory North Park.

June 24: Shakey Graves at the Observatory North Park. Americana from Austin, Texas with some bite.

June 25: Featherstone, Loom and Duuns at the Casbah. You should support local music; presented by 91X Loudspeaker.

June 26: Grex (album release show), Nicey Nice World and Grok at the Merrow. Experimental jazz for all you free-thinkers out there.

June 28: David Hillyard and the Rocksteady 7 at the Casbah -- from San Diego and was once in the greatest ska band of all time, Donkey Show.

That's it, that's all she wrote, mic drop, I'm out, it's up to you now on how you want to use this information...

Tim Pyles, a longtime local who grew up in La Jolla, is the unofficial mayor of local music and hosts Loudspeaker via 91x every Sunday from 7-10 p.m. He also books local acts at the Casbah and the Merrow, interviews bands on SoundDiego TV, and books/hosts the monthly Maryjane's Underground at the Hard Rock Hotel downtown. Follow him on Twitter @thelocalpyle. You can reach him directly here pyleste@yahoo.com