On this episode of NBC 7’s Scene in San Diego podcast, we speak with celebrity chef Brian Malarkey about how he’s running his local restaurants in the middle of the coronavirus pandemic, and how his team recently rebooted their downtown San Diego spot, Animae.

In addition to Animae, we’ve seen a few other local eateries revamping and rethinking their concepts during the pandemic. It’s a lot of change. This includes Cucina Urbana, which has temporarily moved out of Bankers Hill to go “camping.” We chat about that, too.

But, while some places have been able to shift gears during the pandemic, other restaurants simply can’t keep going. The latest permanent closure in San Diego’s food scene is Tiger! Tiger! Tavern in North Park, which really made its mark over its nine years in business. We say goodbye to this local favorite.

San Diego-based hospitality group, the Puffer Malarkey Collective, has taken some time during the pandemic to revamp Animae, a nearly 1-year-old restaurant located at 969 Pacific Highway that specializes in what the brands calls “eclectic West Coast cuisine layered with Asian influences.”

Many things have changed at Animae, including moving the dining room into an all-outdoor space as pandemic-era restrictions still call for San Diego County restaurants to operate only at 25% capacity indoors. Outdoor dining continues to be a major lifeline for local eateries.

Another change at Animae is on the menu and in the kitchen. The food program is entirely new, spearheaded by James Beard Award-winning Chef Nate Appleman, who joined Malarkey’s group during the pandemic to help reboot the restaurant.

Malarkey talks all about that shift on our podcast. 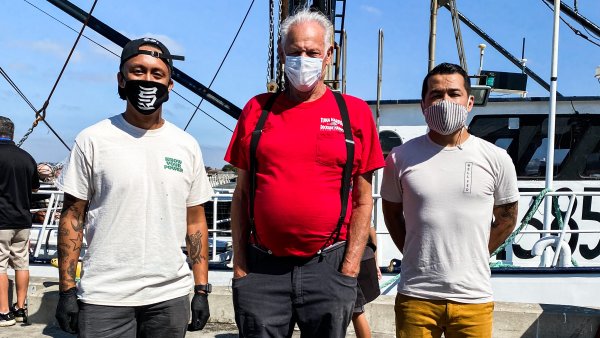 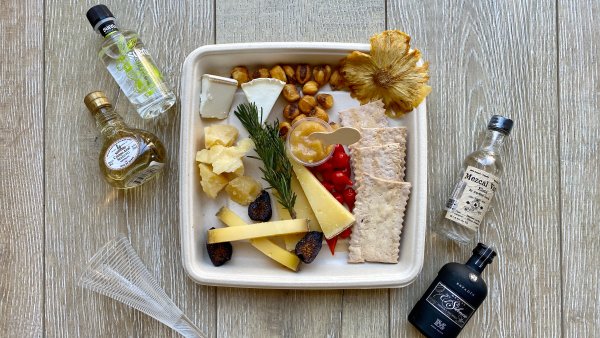 “Top Chef” alumnus Brian Malarkey is a well-known name in San Diego’s culinary scene. Throughout his career, the chef and restaurateur has created 15+ restaurant concepts, including many big-name local spots.

Back when the pandemic reached San Diego County in mid-March, the Puffer Malarkey Collective was one of the first local restaurant groups to temporarily close all its restaurants as the county went into that first wave of pandemic shutdowns.

Although painful for his staff, of course, Malarkey said the temporary closures were for the best.

“That start up and close cost is exhausting not only on your financial resources, but your staff’s mentality, our well-being – stress levels are just enormous,” he added.

Though Malarkey’s San Diego restaurants are back up and running, the pandemic has brought many changes to the operations.

Some of those are very good changes that Malarkey wants to keep around while others, well, they haven’t worked out quite as well.

One of the changes he’s thrilled about is bringing Appleman – and his creative culinary vision – on board at Animae.

“The game play was having Nate take it over,” he explained. “Working with Nate and Carlos, they have really done something spectacular with that menu. The menu before at Animae was great once a month. The menu at Animae now is great twice a week. It’s wider, more approachable, fun – you don’t have to commit so hard. It’s more in the director that Chris and I had intended it to be from the get-go.”

Malarkey said patrons are enjoying the extended outdoor space at Animae these days. Even post-pandemic, he wants to keep pushing for patio dining. After all, we are in sunny San Diego.

“San Diego, you’re not taking away our outdoor venues. We all want them; we should’ve had them years ago," he said. "We have the most beautiful weather, the most beautiful landscape and we should have them, and you should encourage restaurants to have outdoor dining.”

Although Malarkey’s restaurant group has more resources to succeed than most, Malarkey said the economic fallout of the pandemic is very real and they, too, are cutting costs wherever they can and trying to be strategic.

Malarkey said his group had the benefit of PPP money. They’ve been reducing their staff and trying to save enough here and there to survive the longhaul.

Malarkey also shared with us his plans for the future and how the pandemic has shifted some of his longterm planning.

Oh, and he’s spending a lot more time at Herb & Wood. So, if you see a very excited chef with a face mask on, filleting fish tableside, say hello. It’s probably him. Just check out the mohawk for a hint.

Animae isn’t the only San Diego restaurant shaking things up over the last few months.

The eatery’s Bankers Hill location doesn’t have any patio space, so when a lot of local restaurants were shifting to outdoor dining due to pandemic health guidelines, this wasn’t possible for Cucina Urbana – at least not at its Laurel Street location.

Cucina Urbana teamed up with a local venue called Julep in San Diego’s Middletown area. Julep has a 12,000-square-foot event space on Hancock Street operated by catering and mixology company, Snake Oil Cocktail Co. With events on hold due to the pandemic, that space wasn’t really be used.

So Cucina Urbana moved in and converted it into a pop-up dining room. The outdoor space has all the trimmings, too, from lights to greenery – and even some of the Laurel Street location furnishings.

Although local restaurant revamps and reopenings are great news for our local food scene, pandemic-induced closures continue to be very much a part of our city’s reality.

The latest food and drink spot to permanently shutter due to the strain of current times is North Park’s beloved Tiger! Tiger! Tavern. The 9-year-old craft beer hotspot closed for good last month.

The owners said they were facing the same challenges as many small, local restaurants: running on razor-thin margins, mounting debt and ongoing uncertainty. The location also didn’t have enough outdoor space to make things work comfortably for its staff and customers.

The owners continue to operate two other well-known San Diego eateries: Panama 66 at the sculpture garden at the San Diego Museum of Art in Balboa Park, and Blind Lady Ale House in Normal Heights.