Here's Everything We Know About Coca-Cola's New Coffee-Infused Soda

Coca-Cola With Coffee is now available in the U.S.

Coke fans who want to get a little more pep in their step have something new to quench their thirst.

Coca-Cola has a new coffee-infused soda called Coca-Cola With Coffee, which officially hit stores in the United States on January 25, 2021.

The offerings combine the "familiar, authentic taste" of Coca-Cola with the "rich, luxurious flavor" of 100% Brazilian coffee. The three flavors — Dark Blend, Vanilla and Caramel — are sold in 12-ounce cans.

All Aboard! The COASTER Holiday Express is Back 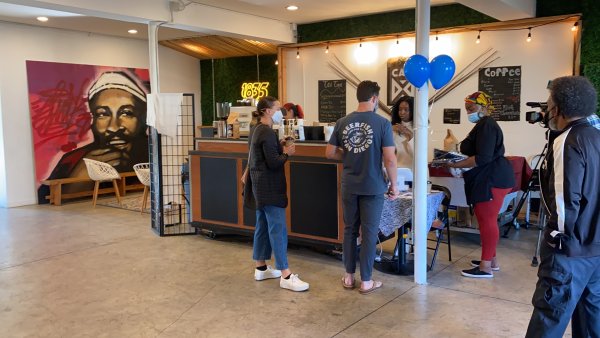 Back in 2006, Coca-Cola launched Coca-Cola Blak, a coffee-flavored version of its classic soda. The beverage flopped, and Coke stopped selling the product just two years after it launched.

Coca-Cola With Coffee, which has already been sold in international markets like Japan, Brazil, Turkey and Italy, contains more real coffee than Blak did. The product is also more caffeinated than regular Coke and features 69 milligrams of caffeine per 12-ounce can.

“The COVID-19 pandemic has accelerated the need for us to be more disciplined in how we launch, validate, refine and scale up big bets like this,” said Javier Meza, chief marketing officer for The Coca-Cola Company’s sparkling beverage portfolio. “We’re excited to bring Coca-Cola With Coffee to the United States and apply learnings from so many markets that have gotten us to where we are today.”