La Puerta, San Diego's longtime Gaslamp go-to for bacon-wrapped dogs and street tacos, is taking over the Patio on Golfinch's old spot in Mission Hills, which has some wondering: Is now, in the middle of a pandemic when many dining spots are shuttering, the best time for that?

The Patio on Goldfinch is well known in dining circles, both for its food as well as its former owner, Gina Champion-Cain, who is accused of defrauding investors out of $300 million, money that was then allegedly used to fund restaurants like The Patio chain and Saska’s.

The story on La Puerta’s second location was broken by Candice Woo at Eater San Diego, of course, who talked to La Puerta owner Merritte Powell, who, like the former Patio spot, is a new-ish resident of the neighborhood.

"It will be family friendly but may also offer late-night dining," Woo wrote on the Eater's website. "[Powell] says that while the downtown outpost has a casual cantina feel, the Goldfinch Street restaurant will have a more upscale atmosphere. The 4,000-square-foot LEED-certified building is being redesigned to have an even greater emphasis on patio dining ..."

Powell mulled second locations in Little Italy and even across Goldfinch Street when Brooklyn Girl went belly up.

“I looked in the neighborhood multiple times before I lived in there,” Powell told NBC 7 on Friday. “I like having that sense of community where I own a restaurant.”

Opening a business is never without risk, and while in ordinary times owners have to consider the competition and the location, the current coronavirus times and the social-distancing requirements make matters much, much more complicated for restaurateurs. Still, plenty of other business folks are taking the plunge, including Corner Chicken, in the East Village; Eggies, in Liberty Station; Lumi, in the Gaslamp; and Hidden Craft, on Broadway; all of which have or will open their doors within the next month.

So what do Powell and his fellow entrepreneurs know about opening restaurants right now that ordinary diners don't?

“I opened La Puerta in 2007 -- the virus didn't shut us down but the economy tanked, and it was a struggle for a couple years just to get everything figured out,” Powell said. “Everything in general was difficult, but it made me a better operator. I have a saying, ‘It's easy to open a restaurant in a great economy, but when the economy is down, you find out how good you really are.' ”

Yeah, but in the middle of a worldwide epidemic? That presents unique challenges.

“To kind of give you the side-story: The landlord and I became pretty close,” Powell said. “We worked through some deals, worked some COVID deals in [the lease], so if we got shut down for any length of time that there would be no extra rent fees or any rent at all. We worked on … we basically made it a deal where there’s an upside for him, downside protections built in for me, so it works. We all felt comfortable.”

So, working out a lease in the middle of the health crisis worked to the benefit of "La Puerta on Goldfinch," an advantage that, say, the Trust Group, operators of the tony Fort Oak a couple blocks away as well as Cardellino, situated across Goldfinch in the old Brooklyn Girl footprint, doesn't have, since it inked deals well before the novel coronavirus was, well, novel.

For Amar Harrag, owner of Hidden Craft, a beer hall slash restaurant is opening downtown July 1, and Tahona Bar, a 2-year-old spot in Old Town, the story is more about re-imagining his product.

“It's been a challenge, for sure,” Harrag said on Friday. “It's almost like you have to reinvent yourself. You have a concept people know you for since the beginning, and with today's situation, you can’t afford to offer the same service or things you did before.”

“We deliver to you a package that has three mezcals, and at a set time you join a Zoom call with our sommelier, who walks your through the three mezcals you're tasting,” Harrag said.

And when Hidden Craft (seen below) starts pouring next week, Harrag and his team will be doing the same thing, offering beer-tasting for delivery as well, featuring Zoom calls with your friendly neighborhood beertenders. 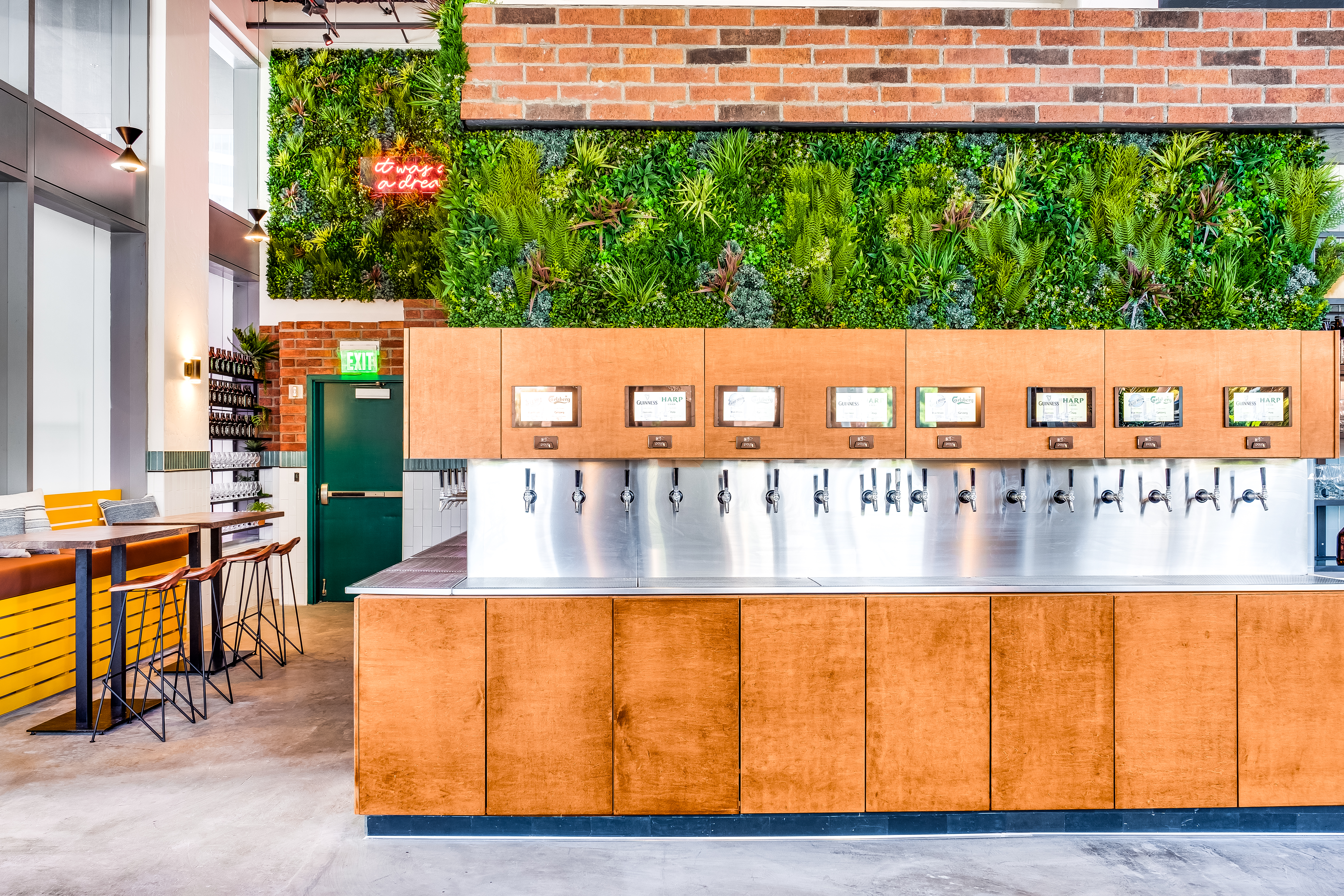 “Unfortunately, we are believers,” Harrag said. “We believe this is a temporary situation we all have to face, and with Hidden Craft and Tahona Bar, those are projects we have been working on for the past two years and we don’t want to give up on our dreams and we want to push through.”

Up the street from Old Town in Mission Hills, the new La Puerta will have other rivals: long-time neighborhood faves El Indio, Lucha Libre, La Posta, El Cuervo and Los Panchos, which not long ago moved into a much-larger space around the corner at Fifth Avenue and Washingon Street, as well as the more upscale Ortega's Mexican Bistro and Fiesta Cantina a little over a half-mile away in Hillcrest.

"All these are great places and have their own strong followings, but the way we are going to be different is we’re full-service, and our extensive tequila agave collection -- we carry over 200 agave spirits,” Powell said. “In my downtown location, I think I have six other Mexican restaurants in a four-block radius, so, you know -- there's enough business to go around, typically, if you do what you’re supposed to, if you handle your business."

Powell expects to serve his first customers in Mission Hills sometime between October and February. Sure, he’s had anxiety, but he said he's confident he can weather the COVID storm.

“My wife, we had LONG conversations. At the end of the day, the restaurant business is risky….” Powell said. “I think I'm nervous only because of the unknowns, but I'm confident in my team, the concept, the location.”