“They say it’s your birthday, we're going to have a good time!” With the dawning of the new year comes yet another milestone for San Diego's most iconic music venue, the Casbah. Originally established in 1989 as the Pink Panther Club just down the street from its current location at 2501 Kettner Blvd., the small venue co-founded by Tim Mays and Bob Bennett (who sadly passed away in 2015) celebrates its 30th anniversary in 2019 -- and similar to its big 25th birthday in 2014, this one also feels personal.

For area music fans, the Casbah has long represented everything holy about rock & roll. Frequently cited as one of the best venues to see live music in the nation, the 200-capacity club that's hosted a who's who of music (such as Nirvana, the White Stripes, Smashing Pumpkins, the Black Keys, the National, St. Vincent, and the Cult, just to name a few) has transcended its role as a gathering place to see concerts in town -- rather, it’s slowly been woven into the very fabric of San Diego itself. For some of us, it's the locale of our first-ever live show, or our favorite concert memory. For others, it's become a home away from home.

With the year-long birthday celebrations kicking off in January, Mays (who also books shows at the Observatory North Park, Belly Up, Soda Bar and others) has been busy booking “Casbah 30 Presents” shows that feel particularly fitting for the occasion. Even with his immensely busy schedule, the man behind the curtain was kind enough to correspond with SoundDiego about the upcoming anniversary -- and what it all means to him.

Dustin Lothspeich: You’ve got some great upcoming shows on tap in 2019 (a Dragons reunion, Hot Snakes, two nights with the Melvins, TSOL, No Knife, Adolescents, Pinback, a Louis XIV reunion, Gang of Four, etc.) -- how and why did you decide on those particular bands for the 30th anniversary shows?

Tim Mays: These shows are just the tip of the iceberg ... I tried to pick bands that, in some cases, hadn't played in a long time or other bands that have played the club often during our history.

DL: San Diego’s musical landscape has, of course, changed exponentially over the last 30 years. What do you think is the biggest difference between our scene now and the scene in 1989? 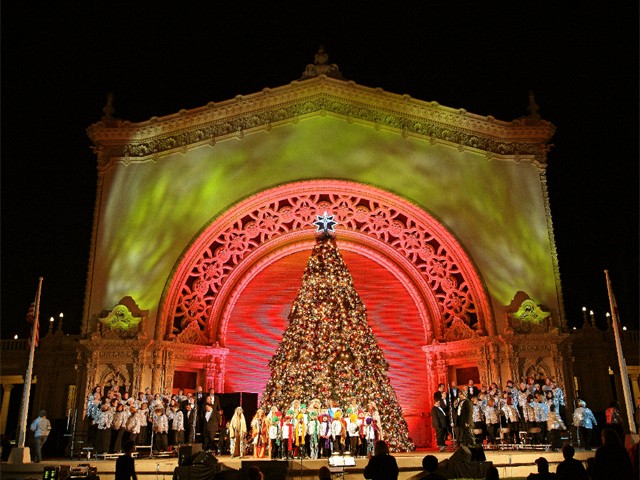 TM: Back when we first started, it was a very tight-knit scene -- a relatively small group of bands that played shows to a relatively small group of fans and other band members. There are many more sub-sets of bands/fans now that occasionally overlap and new bands are springing up all the time. There were a lot of great bands back in the early ‘90s -- Rocket From the Crypt, Drive Like Jehu, Fluf, Olivelawn, Rust, Inch, Three Mile Pilot, Uncle Joe's Big Ol' Driver, Lucy's Fur Coat, Trumans Water, Heavy Vegetable, just to name a few. Today, there's also a ton of great bands -- the Schizophonics, the Loons, Hexa, the Creepy Creeps, Systems Officer, the Color Forty Nine, Dirty Sweet, Alvino & the Dwells, Death Eyes, Mrs. Magician, Wild Wild Wets, etc.

DL: Keeping a venue (or any business) alive and prospering for 30 years is no small feat. Why do you think the Casbah has endured for so long while so many other venues have failed?

TM: I’ve always just tried to make it a place that I would want to play if I were in a band and a place I'd want to go to if I didn't own it, treat bands and patrons fairly, honestly, and with an eye to making sure everyone feels comfortable and safe. I've made a lot of friends over the years, both with patrons and band members and those relationships are something I cherish greatly. I also treat our employees with respect and try to make them feel like they are part of a family, which helps tremendously. Some of our staff have been with us for 20-plus years.

DL: What is one of your most unique Casbah moments -- a memory that you’ll simply never forget?

TM: A couple stand out. Crash Worship played a show in early ’94 at the current location that was incredibly fantastic -- scary, amazing, hilarious, and primal. Fog so thick you couldn't see three feet in front of you, people writhing around half-naked, coated with gooey liquid. Another one involved Extra Action Marching Band, which had a former member of Crash Worship. The band was about 20 pieces with horn players, drummers, and majorettes scattered all over the club -- a water main broke in the club during their set and nasty brown water soon was a couple inches deep in the entire front room. The band kept on playing and the fans kept on watching -- even as band members deliberately jumped up and down, splashing in the dirty water. Others of great import: The Cult, X (on more than one occasion), the Jesus Lizard and Jon Spencer Blues Explosion (at the old Casbah), Link Wray, the White Stripes’ first couple [San Diego] shows, etc.

DL: Thirty years is obviously a very long time -- have you gotten tired of the daily grind? Are we going to see you turn the Casbah reigns over to someone else anytime soon?

TM: Most of my time is spent booking bands, not only for Casbah, but also at the various other venues we work with around town. I love that part of it. I've got great staff that runs the day-to-day club operations and they are top notch. I'm sure at some point I'll turn it over, but not on the near horizon.