Woman, Who Soon After Meeting Asked R. Kelly to Be Her Godfather, Describes Sexual Abuse Since She Was 13

Kelly, who is serving a 30-year prison sentence for his conviction on federal charges alleging he used his fame to sexually abuse fans, is standing trial in Chicago on other federal charges

A woman who has been central to R. Kelly’s legal troubles for more than two decades testified Thursday that the R&B singer sexually abused her “hundreds” of times before she turned 18 years old.

Jane — the pseudonym for the now 37-year-old woman at Kelly’s trial on child pornography and obstruction of justice charges — told jurors that in the late 1990s when she was 13, she asked the Grammy award-winning singer to be her godfather because she saw him as an inspiration and mentor.

She said within weeks, Kelly would call her and say sexual things. She said he first touched her breasts and other parts of her body when she was around 14 at a Chicago recording studio, and that around that time, he “started penetration” at his home at his North Side Chicago home. She told jurors she was 15 when they first had intercourse. Kelly, 55, would have been around 30 years old at the time.

Asked by a prosecutor how she would know what to do sexually, Jane answered, “He would tell me what to do.” Asked how many times they had sex before she turned 18, she answered quietly: “Uncountable times. … Hundreds.”

Kelly, who is serving a 30-year prison sentence for his conviction in a New York this year on federal charges alleging he used his fame to sexually abuse fans, is standing trial in his hometown of Chicago on several other federal charges. Among the most serious is conspiracy to obstruct justice by allegedly rigging a 2008 trial on state child pornography charges stemming from a purported video of him and Jane having sex when she was underage. 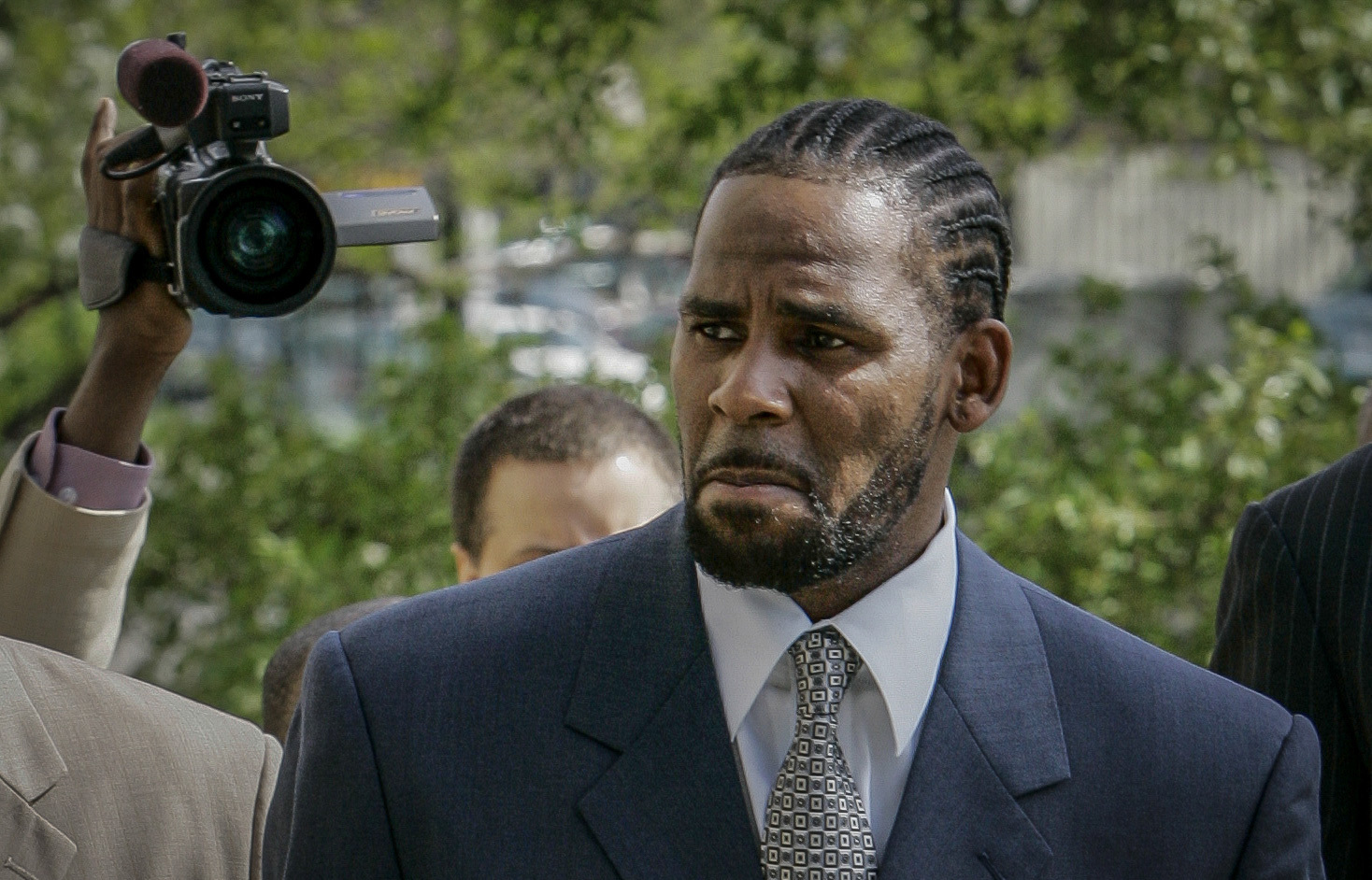 R Kelly Accuser to Give Key Testimony on Trial-Fixing Charge

Prosecutors say Kelly paid off and threatened Jane to ensure that she didn’t testify at that trial. She didn’t, and he was ultimately acquitted.

Kelly is also standing trial on charges of producing child pornography and enticing minors for sex.

Unlike at the 2008 trial, Jane cooperated with prosecutors leading up to the current trial and is a pivotal witness.

During opening statements Wednesday, prosecutor Jason Julien sought to prepare jurors for the testimony of accusers including Jane, reminding them that a core issue at trial remained the exploitation of often scared and confused children — even though the accusers who would speak to jurors are now grown adults.

Speaking softly and tentatively when she first took the stand Thursday, Jane described her upbringing in a musical family in a Chicago suburb, including that she was home-schooled because she was in a touring musical group that she joined when she was about 12.

Jane first met Kelly in the late 1990s when she was in junior high school. She had tagged along to Kelly’s Chicago recording studio with her aunt, a professional singer who worked with Kelly. Soon after that meeting, Jane told her parents that Kelly was going to be her godfather.

Prosecutors have said Kelly shot the video of Jane in a log cabin-themed room at his North Side Chicago home between 1998 and 2000. In it, the girl is heard calling the man “daddy.” Federal prosecutors say that she and Kelly had sex hundreds of times over the years in his homes, recording studios and tour buses.

After R&B star R. Kelly was found guilty of nine federal counts of racketeering and sex trafficking, attorney Gloria Allred, who represented several of Kelly’s victims, spoke out about the heinous nature of his crimes, including knowingly spreading genital herpes and using child pornography to blackmail his victims into compliance.

Kelly, who rose from poverty on Chicago’s South Side to become a star singer, songwriter and producer, knew a conviction in 2008 would effectively end his life as he knew it, and so prosecutors say he conspired to fix that trial.

According to prosecutors, Kelly told the parents and Jane to leave Chicago, paying for them to travel to the Bahamas and Cancun, Mexico. When they returned, prosecutors say Kelly sought to isolate Jane, moving her around to different hotels. When called before a state grand jury looking into the video, Jane, her father and mother denied it was her in it.

Tears streamed down his faced on June 13, 2008, when he was acquitted on all counts of child pornography. Some of the jurors told reporters after the trial that they weren’t convinced that the female in the video was who state prosecutors said she was.

Before the 2008 trial, Kelly carried a duffle bag full of sex tapes everywhere he went for years, but some tapes later went missing, according to court filings. In the 2000s, bootleg copies of some videos appeared on street corners throughout the U.S.

In the early 2000s, the aunt showed the parents a copy of a video she said depicted their daughter having sex with Kelly. When they confronted Kelly, he told them, “You’re with me or against me,” a government filing says.

The parents took it as a threat.

Kelly, who has denied any wrongdoing, has been trailed for decades by complaints and allegations about his sexual behavior. The scrutiny intensified after the #MeToo era and the 2019 six-part documentary “Surviving R. Kelly."

Kelly also faces four counts of enticement of minors for sex — one each for four other accusers. They, too, are expected to testify.

After a nearly three-hour hearing, the R&B singer was sentenced to 30 years in prison over convictions of racketeering and sex trafficking.

Two Kelly associates, Derrel McDavid and Milton Brown, are co-defendants. McDavid is accused of helping Kelly fix the 2008 trial, while Brown is charged with receiving child pornography. Like Kelly, they also have denied wrongdoing.