The week's cold open mocks Ted Cruz and his tweets towards Big Bird, regarding children getting vaccinated. Jonathan Majors hosts, and musical guest Taylor Swift delivers a passionate performance of "All Too Well"

"Hello, I'm Texas senator and last one invited to Thanksgiving, Ted Cruz," Bryant's Cruz said opening the show. "You know for fifty years I stood by as 'Sesame Street' taught our children dangerous ideas like numbers and kindness."

The sketch was in reference to the children's television character having recently encouraged kids to get vaccinated against COVID-19. 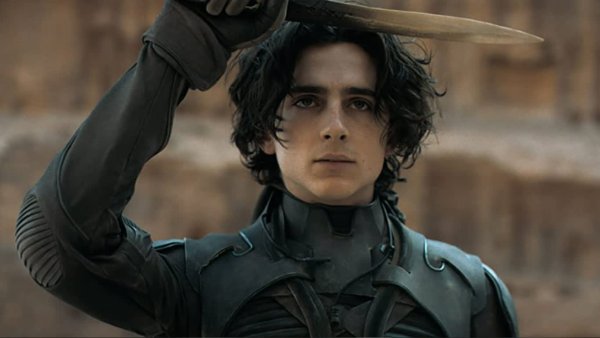 Producers Guild of America 4 hours ago 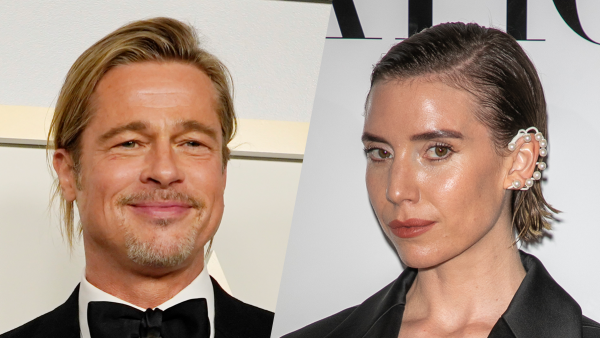 The Truth About the Brad Pitt and Lykke Li Dating Rumors

The 8-foot, 2-inch Muppet tweeted Nov. 6 that he got vaccinated and that he's been getting vaccinations, like most American children, since he was a "little bird."

"Now, as you know I was mocked for attacking Big Bird on Twitter," Bryant's Cruz continued. "Simply because I am a human senator and he is an eight-foot-tall fictional bird."

Bryant’s Cruz welcomed a multitude of guests, the first one being Marjorie Taylor Greene, carrying an AR-15, played by Cecily Strong. "Today's episode is brought to you by Q," she said. "Not the letter, the man."

The next guest brought on was Big Bird, played by Kyle Mooney. Mooney explained how after getting the vaccine, he didn't exactly feel well.

Bryant's Cruz brought out the resident medical expert of "Ted Cruz Street": Joe Rogan, who was played by Pete Davidson.

The cold open ended with the word of the day being “Freedom,” which welcomed Britney Spears, played by Chloe Fineman. “Oh my god, you guys, we did it!” she shouted. The moment referenced the singer’s conservatorship being ended by a Los Angeles judge this week.

Jonathan Majors, star of the HBO series "Lovecraft Country," kicked off the show as host sharing in his monologue how he was once homeless; living in his car at 17 years old working at Red Lobster and Olive Garden.

“It’s crazy how many people got their start at Red Lobster, both Nicki Minaj and Chris Rock worked there. I don’t know what they’re putting in them cheddar baked biscuits, but it’s working,'” he said.

Majors continued, “It taught me to work hard. If you trust the plan, great things can happen,” he said. “I’ve got a beautiful daughter. I’m going to be in the next Marvel "Ant-Man" movie—or, as the Black community likes to call it, ‘not "Black Panther.'”

In the first pre-taped sketch, it starts out as a bit about how cast member Pete Davidson wants to make a music video with the trio of new "SNL" writers—Ben Marshall, John Higgins, and Martin Herlihy, about “how we’re all like best friends and how we’re like boys." It revealed itself to be a song called “Three Sad Virgins.”

Later on in the video, after poking fun at the movie "Dune," Davidson invited a friend to join them. “Guys, I’m sorry, I thought this would be a fun thing for all of us,” he said. “If it's not, then, let’s just end it…. I mean, after we do the bridge.” Musical guest Taylor Swift joins in on the song alongside Davidson.

In the sketch "Kid Stories," Kenan Thompson and Jonathan Majors are hosting a paranormal show for kids. They repeatedly say how they do not like doing this show as it is way to "spooky" for them.

Aidy Bryant brings her son onto the show to tell his scary experience. Thompson says in response, "Kid already looks creepy and he hasn't even said a word."

Taylor Swift performed her highly anticipated 10-minute version of "All Too Well" off of her second re-recorded album, "Red (Taylor's Version)." Clips from the newly released short film, "All Too Well" starring Dylan O'Brien and Sadie Sink, which Swift wrote and directed, played behind her as she performed.

Colin Jost immediately begins "Weekend Update" with "Well guys, I think the lesson is never break up with Taylor Swift or she will sing about you for 10 minutes on national television. At the very least, return the scarf."

Jost follows up with a joke about Steve Bannon being indicted for contempt of Congress this week. "If convicted he could face up to two years in prison, which from the looks of him, might be a life sentence."

Co-host Michael Che discussed how during this week, Kyle Rittenhouse sobbed on the witness stand, and said he was being attacked and had no choice but to fatally shoot two men and wound a third.

Che says in response, "Man, is there a White Tears Law School that I don’t know about?"

"I noticed that every time y’all get in trouble you just start crying," he said. "And everything just works out for you, whether you’re trying to beat a murder charge or trying to be a Supreme Court Justice."

Che ends the first segment with a joke about "SantaCon," which was canceled last year, will be brought back this December in New York City.

"The answer is nothing. The pandemic taught us nothing."