Mamie Mitchell was standing close to director of photography Halyna Hutchins when she was struck by a round from a gun fired by actor Alec Baldwin.

The script supervisor on the ‘Rust’ film set has filed a lawsuit against Alec Baldwin and other producers on the Western over the fatal shooting that has shaken Hollywood and led to calls for increased movie set safety.

Mamie Mitchell and attorney Gloria Allred announced the lawsuit during a news conference in Los Angeles. The lawsuit against Baldwin and other 'Rust' producers includes allegations about what happened on the day crew member Halyna Hutchins was killed and director Joel Souza was injured in the shooting.

The suit alleges assault and intentional infliction of emotional distress and
harm.

"I have never before seen anything like what happened on Oct. 21," said Mitchell, who said she has spent about 40 years in the film industry. "And, I never want to see anything like it happen again."

Mitchell was standing close to 42-year-old director of photography Hutchins when she was struck by a round from a gun fired by Baldwin. She said that she ran outside and called 911 and told the dispatcher about the emergency on the set at Bonanza Creek Ranch in northern New Mexico.

Mitchell said she saw Baldwin going through motions with the gun for the camera before it discharged.

“I saw Alec going through his movement with his gun for the camera,” said Mitchell. “Then, an explosion. Deafening loud gunshot. I was stunned."

Allred said Baldwin and Mitchell have not spoken since the shooting. 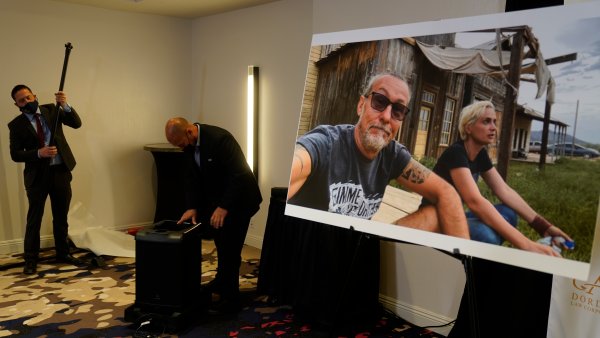 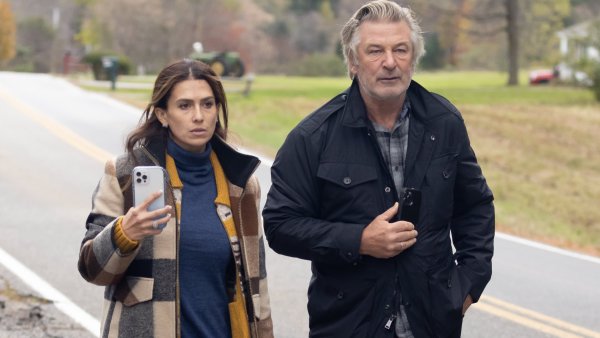 Mitchell's lawsuit notes that union camera operators had walked off the job to protest working conditions, that two "unexpected gun discharges'' had occurred days before the shooting, and that live ammunition was permitted on the set. It also alleges specific wrongdoing by Baldwin, claiming he fired the weapon "even though the upcoming scene to be filmed did not call for the cocking and firing of a firearm.''

"Alec Baldwin intentionally, without just cause or excuse, fired the gun towards individuals, including plaintiff, Ms. Hutchins and Mr. Souza, even though protocol was not to do so,'' according to the lawsuit.

Director Souza told detectives that Baldwin was rehearsing a scene in which he drew a revolver from his holster and pointed it toward the camera, which Hutchins and Souza were behind, according to court records in New Mexico. Souza said the scene did not call for the use of live rounds, and film set armorer Hannah Gutierrez Reed said real ammo should never have been present, according to the court records.

Earlier this month, the head of lighting on the film filed a lawsuit over the shooting, alleging negligence that caused him “severe emotional distress" that will haunt him forever. Serge Svetnoy said in the suit that the bullet that killed his close friend Hutchins, narrowly missed him, and he held her head as she died.

That lawsuit filed in Los Angeles Superior Court names nearly two dozen defendants associated with the film including Baldwin, who was both star and a producer; David Halls, the assistant director who handed Baldwin the gun; and Hannah Gutierrez Reed, who was in charge of weapons on the set.

"Rust" armorer Hannah Gutierrez-Reed is speaking out for the first time, one week after the accidental death of cinematographer Halyna Hutchins.

It was the first known lawsuit of what could be many stemming from the Oct. 21 shooting, which also injured Souza. Hollywood professionals have been baffled by the circumstances of the movie-set shooting. It already has led to other production crews stepping up safety measures.

"Rust'' producers and representatives for Baldwin could not be reached for immediate comment on the latest lawsuit.

Baldwin said on video on Oct. 30 that the shooting was a “one-in-a-trillion event” saying, “We were a very, very well-oiled crew shooting a film together and then this horrible event happened.”

Shortly after the shooting, the "Rust'' production company issued a statement saying, "The safety of our cast and crew is the top priority of Rust Productions and everyone associated with the company. Though we were not made aware of any official complaints concerning weapon or prop safety on set, we will be conducting an internal review of our procedures while production is shut down. We will continue to cooperate with the Santa Fe authorities in their investigation and offer mental health services to the cast and crew during this tragic time.''