Betty White was beloved by all, including her "crush" Robert Redford.

Following the actress' death at the age of 99, Redford said in a statement to E! News, "Betty lived life devoted to her craft and her love of animals. She made us all laugh, including me."

"The Golden Girls" star recently expressed admiration for the Hollywood star in a Dec. 28 interview with People, saying, "I've heard Ryan [Reynolds] can't get over his thing for me but Robert Redford is The One."

Redford didn't reply at the time, but White's "The Proposal" co-star did, joking on Twitter, "I'm absolutely sick of the media exploiting past relationships just to drive clicks."

Of course, White and Redford have a history--kind of. Back when White played Sue Ann on "The Mary Tyler Moore Show", she made a reference to the star of "Butch Cassidy and the Sundance Kid" in the episode "Chuckles Bites the Dust," as reported by Thrillist.

Like most women of the era, Sue Ann had the hots for the actor and joked in this episode, "I want to be cremated and have my ashes thrown on Robert Redford."

And White's jokes weren't confined to her time as Sue Ann. When she celebrated her 97th birthday in 2019, her agent said in a statement, "In the evening, Betty is playing poker with friends that she has played with for decades. As for her birthday wish, Betty is waiting for Robert Redford to call!"

Betty White, Beloved Star of ‘The Golden Girls,' Dies at 99 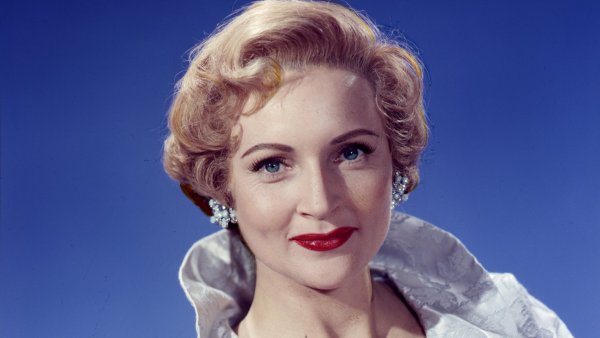 Betty White Through the Years in Pictures

Not to mention, the time she was asked if there was anything she still wanted "to do" and she replied, "Uhh, Robert Redford."

"I don't know him. I just worship from afar," she said in an interview with Entertainment Tonight. But Betty wasn't looking to actually meet the star, because, as she put it, "If I ever met him, I'd faint."

Redford eventually heard of White's admiration and he had the perfect response: "I can't imagine being loved by anybody better."

Of course, White loved no one more than her late husband, Allen Ludden, who died from stomach cancer in 1981. In her agent, Jess Witjas', statement confirming her death, he said in part, "I don't think Betty ever feared passing because she always wanted to be with her most beloved husband Allen Ludden. She believed she would be with him again."