2022 Oscars lead producer Will Packer is providing new insight into the aftermath following the onstage incident between Chris Rock and Will Smith. See what else he had to say about the moment

After Chris Rock exited the stage following his altercation with Will Smith at the 2022 Oscars, the comedian did not "want to make a bad situation, worse." In an exclusive interview with "Good Morning America" on April 1, Oscars lead producer Will Packer spoke out about the aftermath of the incident in his first interview following the events of the March 27 show.

According to Packer, once Rock left the stage after presenting the award for Best Documentary Feature (and after being slapped by Smith following a joke made about his wife, Jada Pinkett Smith,) he was approached with "options" on how to handle the situation--which included having LAPD remove Smith -- to which Rock declined and advocated for the actor to stay. Stressing that it was an "absolute fact" that Rock had the ability to have Smith removed after the onstage slap, Packer added, "The LAPD made it clear: 'We will do whatever you want us to do and one of the options is that we will go and arrest him right now.'"

Explaining that Rock insisted that he was okay and just ready to "get past this," Packer continued, "The LAPD came and needed to talk to Chris. And so, they came into my office, and they were laying out very clearly what Chris' rights were, and they were saying, 'This is battery. We will go get him. We are prepared. We're prepared to get him right now. You can press charges. We can arrest him.'"

"As they were talking," he continued. "Chris was -- he was being very dismissive of those options. He was like, no, I'm fine."

After the altercation, Smith went on to accept the award for Best Actor in a Leading Role -- an action in which the Academy faced backlash from fans and fellow stars for allowing the King Richard star to stay throughout the night. In a statement released March 30, the Academy said that Smith was, in fact, asked to leave the ceremony but refused. 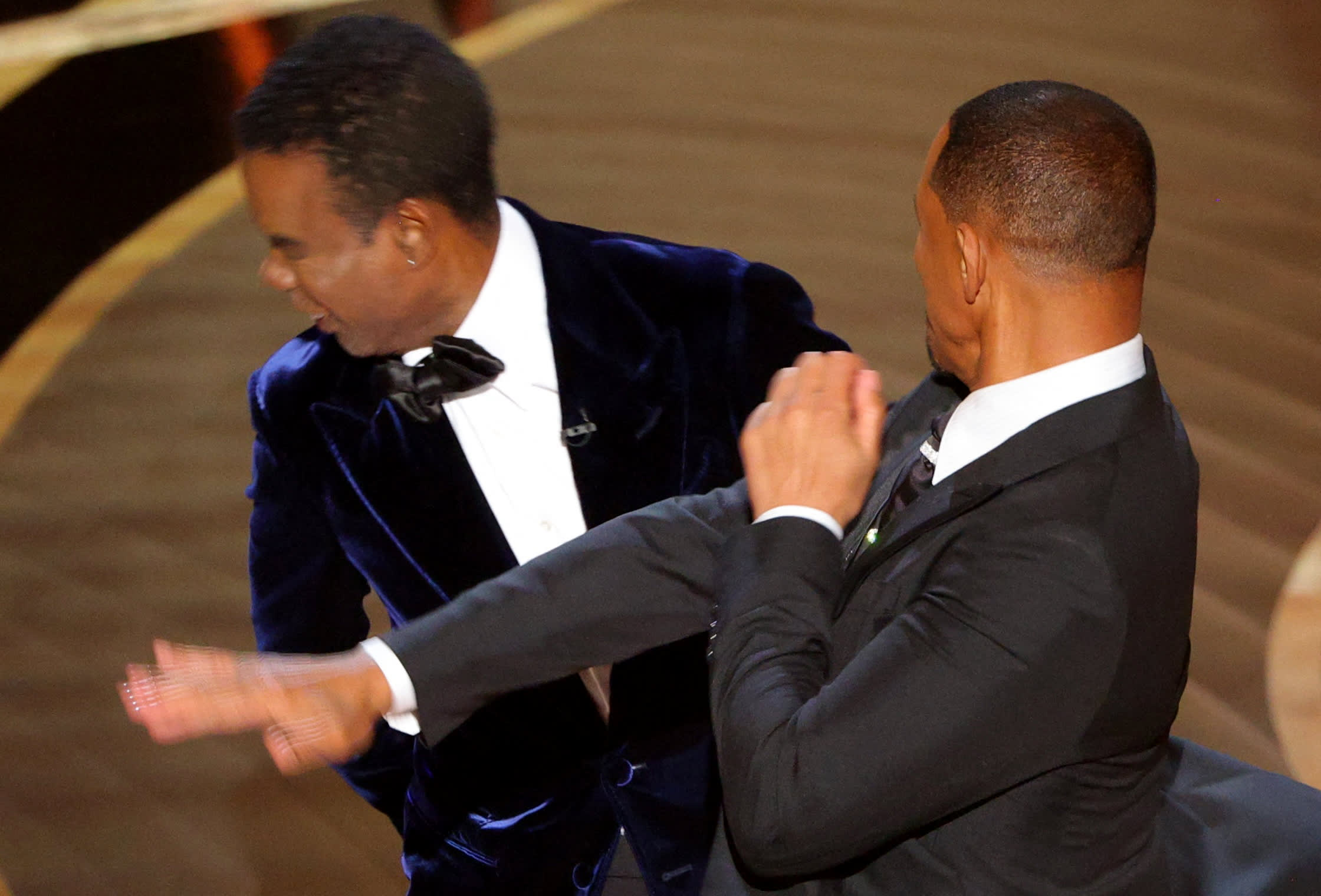 However, according to Packer, there were "conversations" surrounding asking Smith to leave, but he ultimately stepped in, citing Rock's earlier wishes. "Shayla [Cowan] told me they were about to physically remove Will Smith," Packer recalled on GMA. "I had not been a part of those conversations, and so I immediately went to the Academy leadership that was on site and I said, 'Chris Rock doesn't want that...Rock has made it clear that he does not want to make a bad situation worse.'" Packer explained, "That was Chris' energy. His tone was not retaliatory--it was not angry, so I was advocating what Rock wanted in that time, which was not to physically remove Will Smith...because as it has now been explained to me, that was the only option at that point. It has been explained to me that there was a conversation--that I was not a part of--to ask him to voluntarily leave."

Packer also shared that Smith reached out to him the following morning with an apology, stating to the producer in part that it "should have been a gigantic moment for you" and that Smith "expressed his embarrassment."

The actor also used similar language when he apologized to Rock in a statement shared on March 28. "I would like to publicly apologize to you, Chris," Smith wrote. "I was out of line and I was wrong. I am embarrassed and my actions were not indicative of the man I want to be. There is no place for violence in a world of love and kindness." The Academy has also since shared that they were imploring "consequences" for the actor's actions. As for the now-infamous night, Packer summed up the moment as "disappointing."

"It was such a huge moment and such a sad and disappointing moment -- that it wasn't something that we were going to come back from within that night, within this week," he said. "I don't know when we'll come back, and [if] people will be talking about anything else other than the show."