Patrick Mahomes is a girl dad.

The Kansas City Chiefs quarterback and his fiancée Brittany Matthews are officially parents. The 25-year-old stars welcomed their first child together, a baby girl, on Saturday.

While the couple didn't share too many details about their little one on Instagram on Sunday, they did reveal their daughter's unique name: Sterling Skye Mahomes.

News of their newborn daughter comes one day after Matthews fired back at critics who didn't like her maternity pics.

"If you don't have something nice to say," she shared on Instagram Stories, "don't say anything at all." 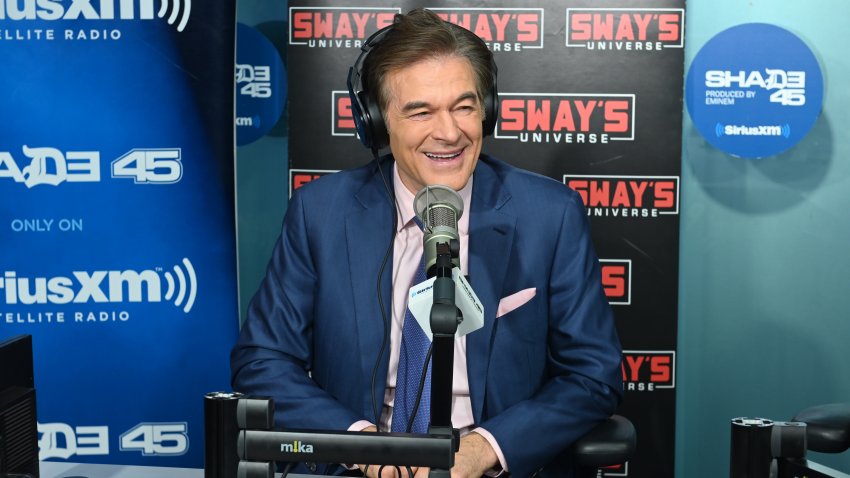 Dr. Oz Helps Save Man Who Collapsed at Newark Airport

But despite the negative comments, the couple has so much to celebrate these days, like their upcoming wedding.

Mahomes and Matthews are high school sweethearts. They met at Whitehouse High School in Texas, where she was a cheerleader and he played football.

They got engaged in September 2020, when the NFL pro popped the question in a flower-filled box at Arrowhead Stadium. She took to Instagram to show off her massive diamond ring.

"The words you looked into my eyes and said to me at this moment, will NEVER leave my mind! You made this day perfect, you took my entire breath away."

Later that month, they posted ultrasound images to let the world know that baby Mahomes was on the way. Matthews joked, "Mom & Dad, taking a small detour to the wedding."

"Being able to kind of grow up and have these dreams of having a family and playing in the NFL, and for that have stuff to start happening and really coming into truth and everything like that, it's really cool."

The new dad went on, "I'm just excited that I have a lot of great people around me and I'm in a great organization and I'm able to live out these dreams day by day."

The pair shared their gender reveal video on Instagram in October, with the family dogs walking out with pink paint on their paws to leave rosy footprints. On Twitter, Mahomes retweeted the vid with the hashtag #GirlDad, the term that went viral in honor of fellow sports star Kobe Bryant.

Matthews, who is a trainer and entrepreneur with Brittany Lynne Fitness, has been documenting her pregnancy journey on Instagram.

"Can't want to be your mama little girl," she captioned a maternity photoshoot of herself in a taffy pink dress.

"Doing it alongside @patrickmahomes made things a little easier, he's my better half and just the greatest," she wrote. "From Patrick winning a Super Bowl, to signing a new Contract, to a world pandemic & quarantining, to standing up for what we believe in & fighting racism, to buying a house, to many vacays with our friends, to making a BABY, getting engaged... 2020 you were a good one to us."

Matthews has been by Mahomes' side for many of the season's big games, and recently called him "my Fiancé, Baby Daddy, Dog Daddy & Bestfriend."

It's clear their daughter will be on the sidelines in no time at all, with the momma revealing back in November, "Baby girls starting to make an appearance, she told me she can't wait for game daysss."