"The thing that I hope for and the thing I think about is that this first and foremost is a family and I pray for forgiveness and healing for them," the former first lady told Jenna Bush Hager

Former First Lady Michelle Obama has weighed in on claims made about another first family.

On the heels of Meghan Markle and Prince Harry's headline-making interview with Oprah Winfrey, the former first lady reacted to the Duchess of Sussex's claims. "What about when she talked about the fact that she experienced racism?," interviewer Jenna Bush Hager asked Michelle in a Today interview. "I feel like that was heartbreaking to hear that she felt like she was -- in her own family. Her own family thought differently of her."

"Race isn't a new construct in this world for people of color," Michelle responded. "So, it wasn't a complete surprise to hear her feelings and to have them articulated."

She also shared her wish for Britain's first family. "The thing that I hope for and the thing I think about is that this first and foremost is a family and I pray for forgiveness and healing for them," Michelle said, "so that they can use this as a teachable moment for us all."

The mother of two, who served as first lady in the White House for eight years, also shared a lesson about being a public servant. "Public service -- it's a bright, sharp, hot spotlight and most people don't understand it nor should they," she explained. "The thing that I always keep in mind is that none of this is about us in public service. It's about the people that we serve... I always try to push the light back out and focus it on the folks that we're actually here to serve."

Michelle is no stranger to the royal family -- she and former President Barack Obama met with Queen Elizabeth II and fellow royal figures on several occasions throughout his two terms in office. In 2016, the couple was photographed with Prince William, Kate Middleton and Harry, who was not yet married to nor dating Markle at the time. The Obamas even famously met with a robe-clad Prince George, who was just a toddler then. Barack and Michelle have gotten to know Harry over the years as they've worked together on initiatives, including his Invictus Games.

A week ago, Meghan visibly stunned Oprah when she said in their interview that "several conversations" were had with Harry over "how dark [son Archie's] skin might be when he's born" and "what that would mean or look like." During their joint portion of the interview, Harry did not share any specifics about the conversations, but noted that it was "awkward" and he was a "bit shocked." The couple also declined to confirm who had those conversations with him, but Oprah later revealed that Queen Elizabeth and Prince Philip were not involved. Meghan also disclosed to Oprah that she had been suffering with suicidal thoughts and was declined help by "one of the most senior people" in the royal institution. 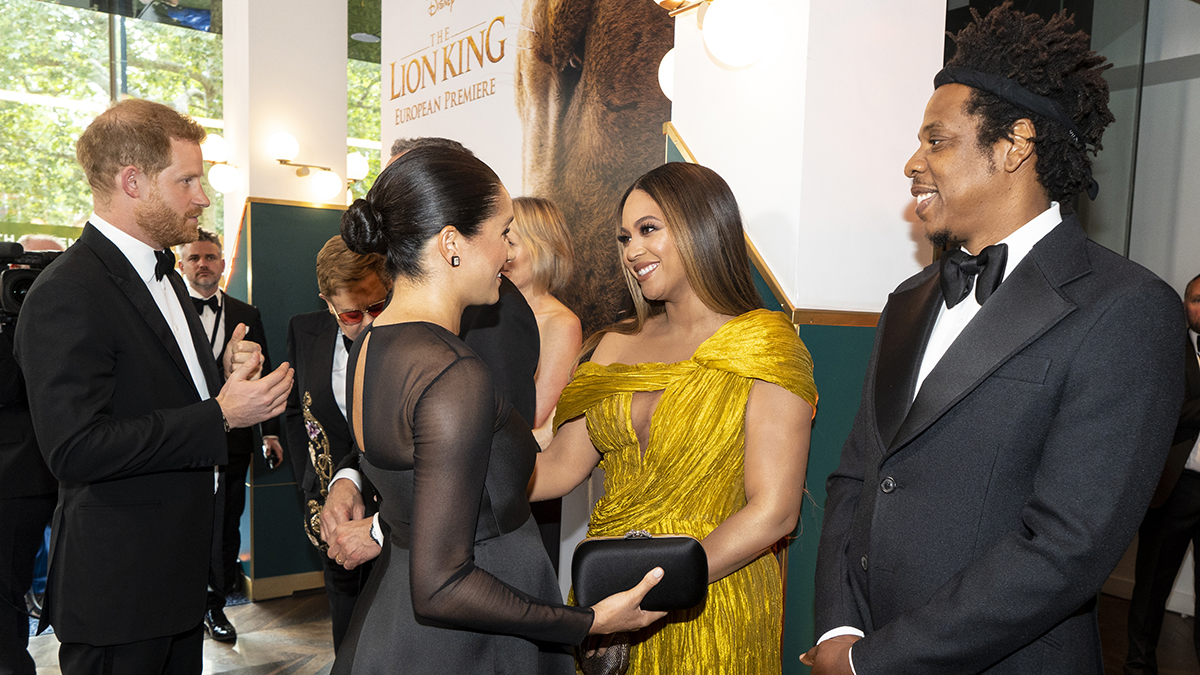 Days after the televised sit-down, Prince William was asked by a reporter if the royal family is a racist family. The second in line to the throne answered, "We are very much not a racist family."

The queen also broke her silence with an official statement. "The whole family is saddened to learn the full extent of how challenging the last few years have been for Harry and Meghan," the monarch's statement, released on March 9, read. "The issues raised, particularly that of race, are concerning. While some recollections may vary, they are taken very seriously and will be addressed by the family privately. Harry, Meghan and Archie will always be much loved family members."

E! and NBC are both part of the NBCUniversal family.

In an interview with Oprah Winfrey, Meghan, the Duchess of Sussex, shared that she and Prince Harry experienced racism while living in the royal household. The couple said their departure from the royal family was a decision made for their family’s mental health.
Copyright E! Online