Meghan, Duchess of Sussex, is wearing a special piece of jewelry from the late Princess Diana in her new interview with Oprah Winfrey.

The former Meghan Markle and her husband, Prince Harry, recently sat down with the TV legend for a tell-all interview, and for the occasion, the duchess wore a diamond bracelet that belonged to her husband's mother, a spokesperson confirmed to TODAY. In fact, it's the same bracelet that Harry originally removed stones from to have Meghan's engagement ring made.

"They wanted to wear the bracelet to have (Harry's) mother there with them during the interview," the spokesperson for the duchess told TODAY via email.

In a new trailer for the interview, which airs March 7 on CBS, Winfrey says there's "no subject that's off limits" and talks to the couple about their decision to step away from their royal duties.

During the short clip, Meghan, 39, is sporting a black belted Armani dress with a lotus flower, a symbol of revival. The duchess, who's pregnant with her second child, wore her hair in a sleek updo and layered the diamond bracelet with two others.

Before her death in 1997, Princess Diana was spotted wearing the same diamond bracelet on multiple occasions, and this isn't the first time the duchess has paid homage by wearing her jewelry. Meghan once donned the sparkly bracelet while attending a dinner with the president of Fiji in 2018.

She also broke it out for another engagement during the same trip.

Over the years, the duchess has repurposed several of Princess Diana's jewelry pieces. In 2018, she wore a pair of butterfly earrings the late royal once wore in 1986.

Also in 2018, during a visit to Sydney, Meghan wore a gold bracelet from Diana's collection, which the people's princess was also seen wearing back in 1990. 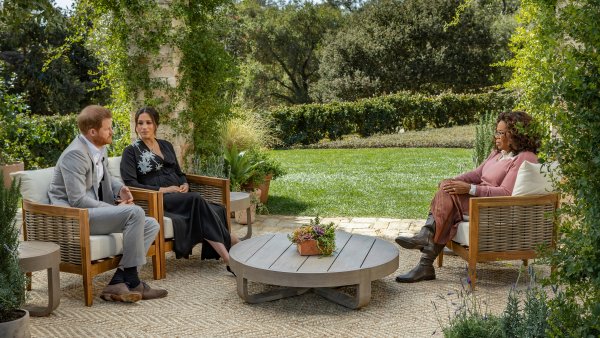 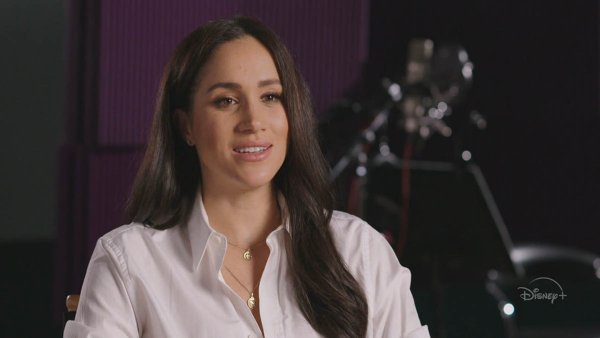 But most notably, the Duchess of Sussex wore Princess Diana's stunning aquamarine ring on her wedding day.

During the tell-all interview with Winfrey, Prince Harry drew parallels between himself and his mother and said it has been difficult to step away from his royal duties.

"You know for me, I'm just really relieved and happy to be sitting here talking to you with my wife by my side," he said. "Because I can't begin to imagine what it must have been like for her (Princess Diana) going through this process by herself all those years ago because it has been unbelievably tough for the two of us, but at least we have each other."