Reports indicate that Oprah Winfrey may have helped introduce Perry and his property to the couple.

After much speculation surrounding Meghan Markle and Prince Harry's new digs, now that they've moved to L.A. County, reports have surfaced that they are living in a mansion owned by prolific writer/producer/actor Tyler Perry.

The $18 million, 22-acre property, which has eight bedrooms and 12 bathrooms, is located atop a hill inside the Beverly Ridge Estates gated community, located in the Coldwater Canyon area just north of Beverly Hills.

The couple has been quarantining there with their son, Archie, since they made the move from Canada to California in late March, according to the Los Angeles Times. TMZ had previously reported Harry and Meghan were house-hunting in the Bel-Air area.

Meghan and Harry have delivered meals to vulnerable West Hollywood residents amid the coronavirus crisis and recently shared a video of the duchess reading Archie, their infant son, a story for his birthday. 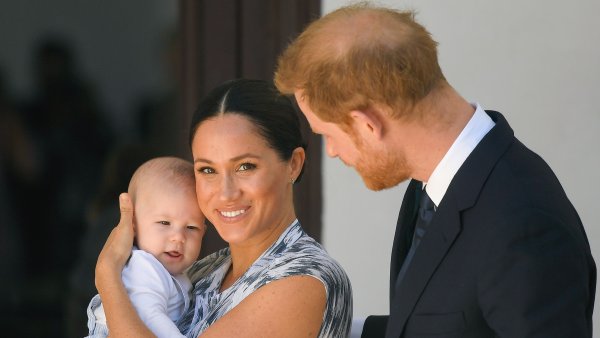 Whether the couple are renting Perry's home, or staying as guests, is unknown, but it appears the mansion has not been sold. How Harry and Meghan linked up with the movie and TV mogul is unclear, though the Daily Mail speculated they might have connected through mutual friend Oprah Winfrey.

Winfrey attended Harry and Meghan's wedding in 2018 and publicly supported their decision to step back from their royal duties earlier this year. Last year the Sussexes announced Harry and Winfrey are collaborating on an upcoming documentary series about mental health for Apple TV+.

Perry and Winfrey have collaborated on multiple projects for the Oprah Winfrey Network.