It’s for real this time. Kourtney Kardashian and Travis Barker finally made their marriage legal on May 15, a little less than two years after they started dating

You may now kiss the bride -- and something tells us this newlywed couple has had some practice.

Just a month after Kourtney Kardashian and Travis Barker exchanged vows in an impromptu Las Vegas ceremony, the two have finally made things official. On May 15, the Blink-182 rocker, 46, and the Poosh founder, 43, got legally married at the courthouse in Santa Barbara, Calif., two sources tell E! News.

Kardashian's grandma Mary Jo "MJ" Campbell was there to be a witness, according to the first source.

The second source, a close friend of Kardashian's, tells E! News, "Kourtney is over the moon and so excited to start this next chapter with Travis. They were excited about this day and madly in love."

Kardashian, wearing a white minidress and veil, joined Barker in a convertible and they drove off with a "Just Married" sign, as seen in photos obtained by E! News.

The second source notes they have plans for a wedding for close family and friends to take place soon and "wanted to make it legal" beforehand. 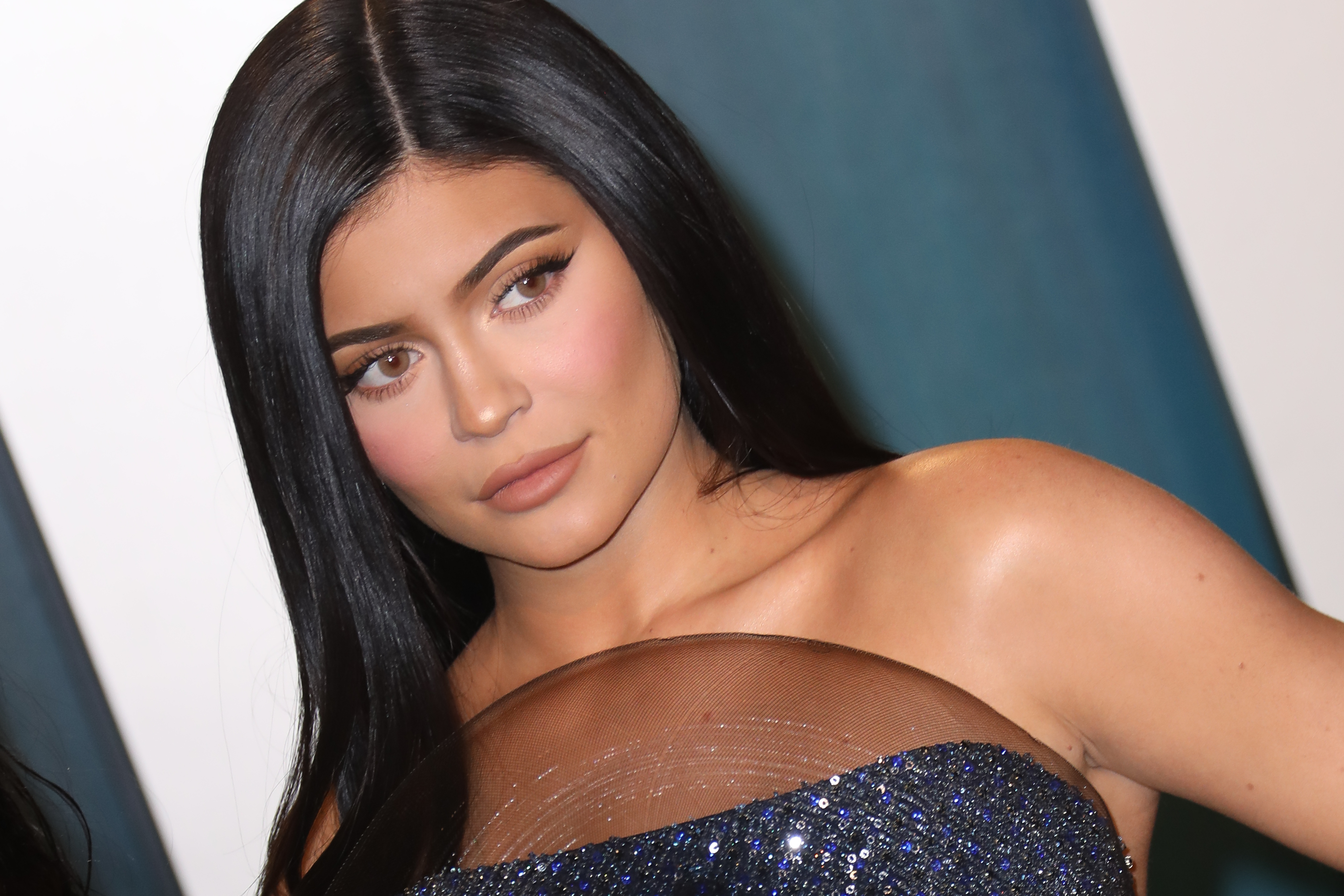 Kylie Jenner Shares She Gained 60 Pounds During Pregnancy With Baby No. 2 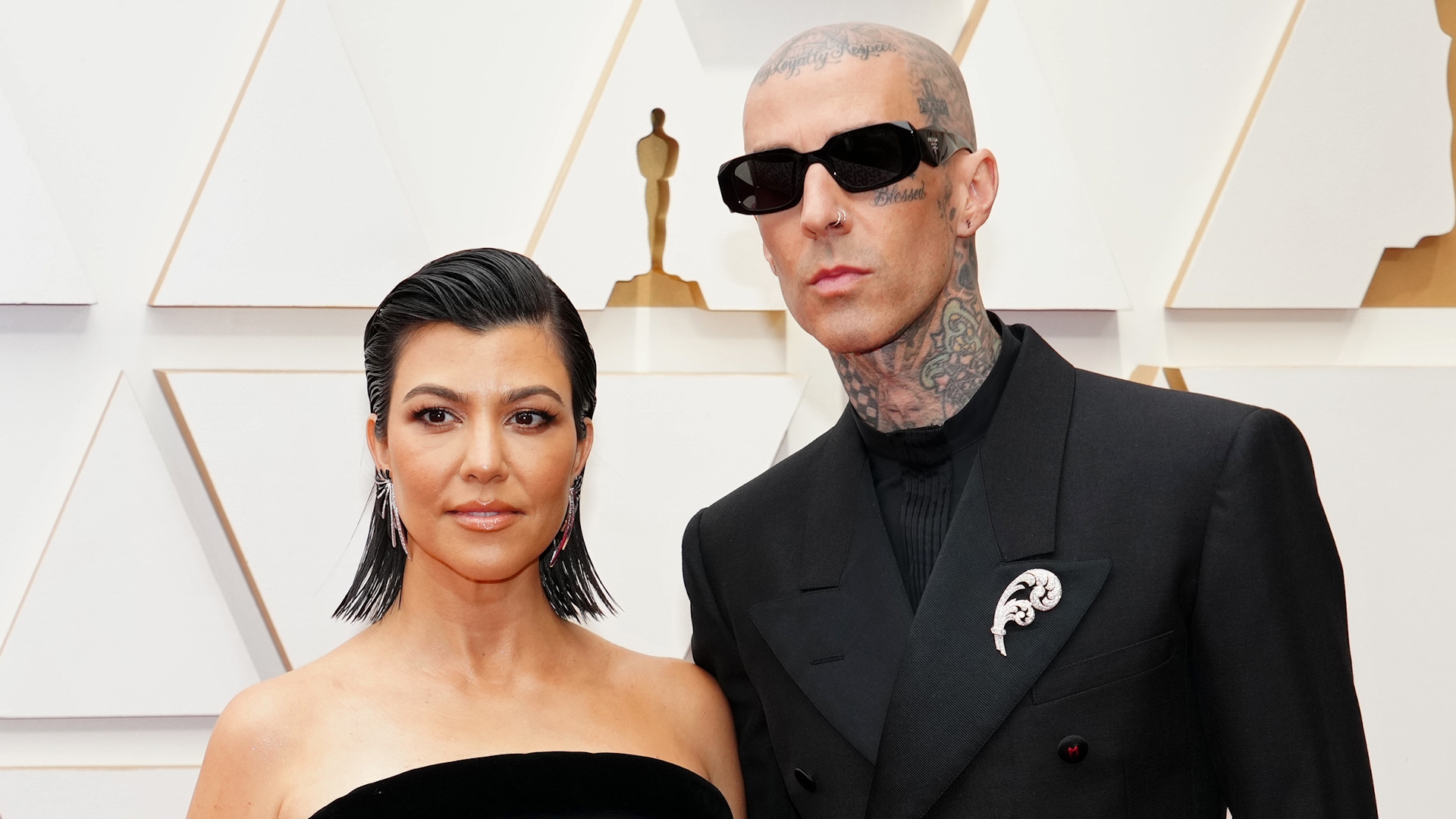 The two have been celebrating many milestones with their blended family, which includes Kardashian's kids, Mason, 12, Penelope, 9, and Reign, 7, (whose dad is Kardashian's ex Scott Disick) and Barker's kids, Landon, 18, Alabama, 16 (whose mom is Barker's ex Shanna Moakler) and stepdaughter Atiana De La Hoya, 23.

Kardashian's sisters, including Kim Kardashian, Khloe Kardashian, Kendall Jenner and Kylie Jenner, and mom Kris Jenner have praised the loved-up couple and helped them celebrate their engagement in Santa Barbara last year. However, it doesn't appear the full family was in attendance for the courthouse event, as Kylie Jenner stepped out at the Billboard Music Awards in Las Vegas with Travis Scott and daughter Stormi. Disick also shared a video of son Reign enjoying the pool on Sunday afternoon.

Kardashian and Barker's extravagant nuptials come after the two surprised everyone with a surprise ceremony in Sin City in early April. And although the pair were not able obtain a marriage license at the time, another source close to the "Keeping Up With the Kardashians" star told E! News that they just "didn't want to wait another second."

In fact, Kardashian herself noted the day after that as far as their pop-in ceremony, which took place after they attended the 2022 Grammys, one motto rang completely true: "Practice makes perfect."

Travis Barker visited Robert Kardashian Sr.'s grave to ask his permission to marry his eldest daughter. Kris Jenner revealed that he made the emotional gesture ahead of proposing.

Which, will come as no surprise, considering that ever since Barker popped the question last October, the two started planning with the goal of being officially married by the "end of this year." According to an insider, when it came to overseeing the big day, Kardashian was "not a bridezilla at all." "Kourtney was relaxed and laid back about the details," the insider noted. "Travis was also involved, but he let Kourtney make most of the decisions and wanted it to be her day."

Their walk down aisle comes less than two years after the couple initially sparked dating rumors back in December 2020. The couple made things Instagram official two months later. And once the couple confirmed they were an inseparable force to be reckoned with -- after developing a close friendship -- they seemed to go full throttle on letting the world know just how in love they truly were. "They are head over heels and never experienced love like this," a separate source close to Kardashian told E! News last July. "Kourtney is the happiest. Travis adores her and treats her so well. It's very different than her other relationships and all positive."

And after marriage... baby maybe? Even before their wedding vows, the newlyweds have been open about their desire to start another chapter by adding to their blended family. Either way, we'll be keeping up.