Grab the Tissues: The Final Episode of ‘This Is Us' Has an Air Date

The date was announced on an NBC Scripted Press Day

The farewell to the Pearsons will be here before you know it.

On Friday, Feb. 11, "This Is Us" creator Dan Fogelman joined his show's stars Milo Ventimiglia, Mandy Moore, Sterling K. Brown, Justin Hartley, Susan Kelechi Watson and Jon Huertas for an NBC Scripted Press Day. Of course, as "This Is Us" is in its sixth and final season, Fogelman and company had some expected news to share: The air date for the series finale.

In regard to the series finale, which will air on May 24, Ventimiglia assured those tuning in that "it's gonna deliver." So what can fans expect from the final half of season six? Per People, Fogelman said that the show will "live" in the future more.

But don't pack up the tissue boxes just yet, as Hartley previously teased to E! News that the final season will have people laughing and crying, adding, "hopefully we get an ending that everyone's happy with."

All of Mandy Moore's This Is Us Ages

In fact, ahead of the show's January premiere, Chris Sullivan, who has played Toby throughout This Is Us' six season run, promised that viewers will "get closure."

Fans of "This Is Us" have been bracing themselves for a tearful final episode ever since Fogelman announced last May that the critically acclaimed drama would conclude with season six. "Whoever casually first said 'All good things must come to an end' never had to end their favorite thing," he wrote on Twitter at the time. "While sad to have just one season left, also grateful to NBC for letting us end the show how, and when, we always intended. We'll work hard to stick the landing." 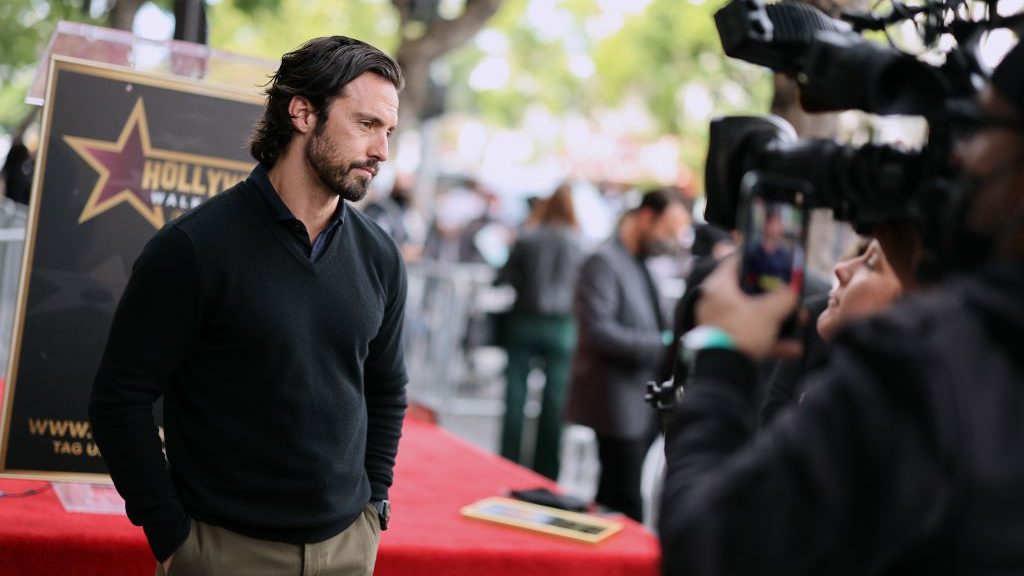 Mandy Moore Braces for Farewell to ‘This Is Us'; Music Ahead

Though it's unlikely that we'll be ready to say goodbye to the Pearsons come May, we're comforted to know that the cast has a special bond, both on- and off- screen. In E! News' inaugural digital cover story, Brown said that it's just "ta-ta for now," as "these people are a part of my life for the rest of my life."

Not to mention, some of the cast is holding out hope for a "This Is Us" movie. "I would be on board," Sullivan said. "I don't know if it's gonna happen, but that sounds like a great idea. We should start that hashtag."

"This Is Us" returns with new episodes Feb. 22 on NBC.