A popular Boston radio host who's been on the air for four decades abruptly quit Wednesday morning after station management told him to stop making jokes about singer Demi Lovato’s announcement that they identify as non-binary.

“I am the biggest of all time. And they said ‘Shut up, Matt. Stop talking.’ Well, I hope you’re happy because I just stopped talking. Matty out,” Matty Siegel, co-host of the “Matty in the Morning” show on WXKS-FM radio, said at the conclusion of his rant. 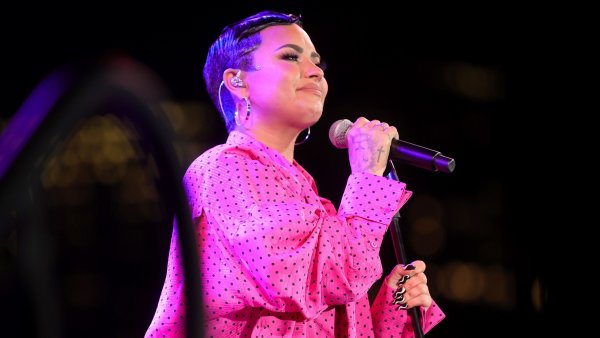 Demi Lovato Comes Out as Non-Binary, Changes Pronouns to They/Them

The show is frequently the top-rated morning show in the market.

Siegel, 71, told listeners of the Top 40 station, known as Kiss108, that he had previously been told to stop making jokes about Donald Trump and is just trying to be funny.

“Today I had the exact opposite. I was going against the ‘woke thing,’ OK? Against the Demi Lovatos of the world and all that kind of stuff," he said.

WXKS general manager Alan Chartrand told The Boston Globe that “everything is going to be fine.”

Chartrand said he planned to meet with Siegel and hoped to resolve the issue.

“This isn’t the first time he’s threatened this would be the last show,” Chartrand said.

But Siegel told NBC10 Boston on Wednesday that he will remain with the station he has been with for decades.